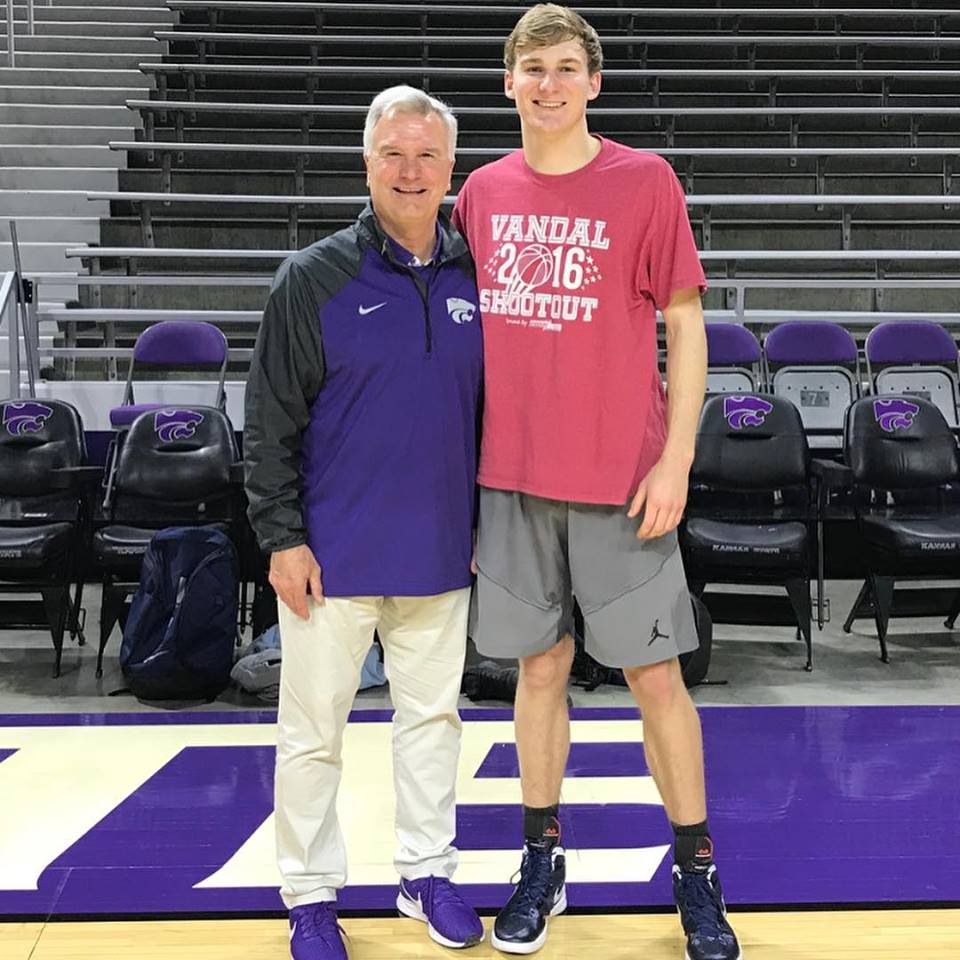 The Kaskaskia College Blue Devils traveled Saturday to Hutchinson Kansas in preparation for their Monday night opener of the D1 Junior College National Tournament.  Before they hit their destination, they stopped by the campus of Kansas State University for a workout.  They were able to tour the facilities and meet with current K-State coach and former head man at Illinois Bruce Weber.

The 20th seed Blue Devils (23-10) are making their first trip to the national tournament since 1998 after upsetting Olney Central, Vincennes and Wabash Valley in the District Tournament to get to Kansas.  The Blue Devils are the Cinderella of the tournament.  KC was 11-1 in early December, when they extended Vincennes in overtime.  They went 2-4 in January losing close games to Olney, Wabash and John A Logan.

KC coach Brian Hancock is in his 11th year at KC with a 208-139 record and was Coach of the Year in the Region.  He depends on 3 transfers to do well:  Thomas Bell, 6-7, from Penn Valley, Missouri JC averages 17.5 points and a team best 7.7 rebounds.  Parker Dortch is 6-7 from Alderson-Broaddus, West Virginia.  He averages 14.8 points anf 4.4 rebounds.  And 6-1 Quin Nottingham from D2 Parkland College averages 13 points and 5.5 assists.  Jamal Thomas is a 5-10 sophomore who doles out 5.1 assists and adds 7.6 points to the offense.  Also Mr Patoka, Garret Belcher.  The 6-7 sophomore averages 8.8 points, 6 rebounds and had the huge put back in the District title game to get KC to Hutchinson. 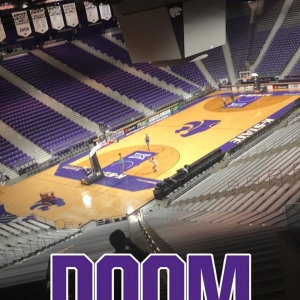 Their opponent is 13th seed and 31-3 Sheridan, Wyoming.  The District 9 runner ups were an at-large bid after falling to Casper 87-74 in their District title game.  Sheridan is making its first Tournament appearance since 2006.  They are led by 2 All Region performers in Camron Reece a 6-7 sophomore power forward and AJ Bramah, a 6-7 sophomore small forward.  The Generals have 10 sophomores on their roster and are averaging 95 points per game while shooting 51 percent.  Coach Matt Hammer is in his 5th season at the helm.

Game time for KC and Sheridan is at 6:30 with the winner advancing to Wednesday’s 2nd round at noon against Coffeyville the 4 seed.