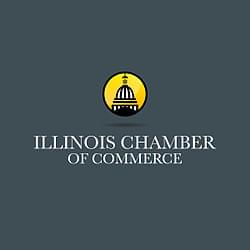 He reports on both bills they ‘got socked between the eyes’ and were not able to get any compromises on the legislation.

Maisch says while they were unsuccessful in getting a small increase in the minimum wage downstate, they will attempt in the next legislative session to lessen the impact in downstate through an expanded tax credit program.

“The tax credit should be regionalized and go back to the same tie into federal wage data so if there is a bigger gap there you get a bigger tax credit, said Maisch.  “The proponents of the higher minimum wage all want to talk about the societal benefits and more spending power.  There are probably 70 studies on each side of that.  We know what our members tell us, which is this kills jobs and reduces opportunities.  So we are going to take another shot at minimum wage next year.”

Maisch says they will also being educating voters that the state chamber feels the graduated income tax is a terrible idea.

“What the studies and data will tell you, other states had always said ‘oh we are just going to tax the rich’.  Well number one, the rich have the most money that they can go ahead and move somewhere else. It always starts there.  Then they always find out there is not enough money in just the top 1-2-3 percent.  It always comes down to the middle class, there is no doubt about it.”

Maisch says the chamber did support the 19-cent increase in the gas tax to make badly needed improvements to the transportation infrastructure.   He notes the bill dedicates the money only to road improvement projects.  It also requires the sales tax on fuel already in place to solely be used for road improvements as well.