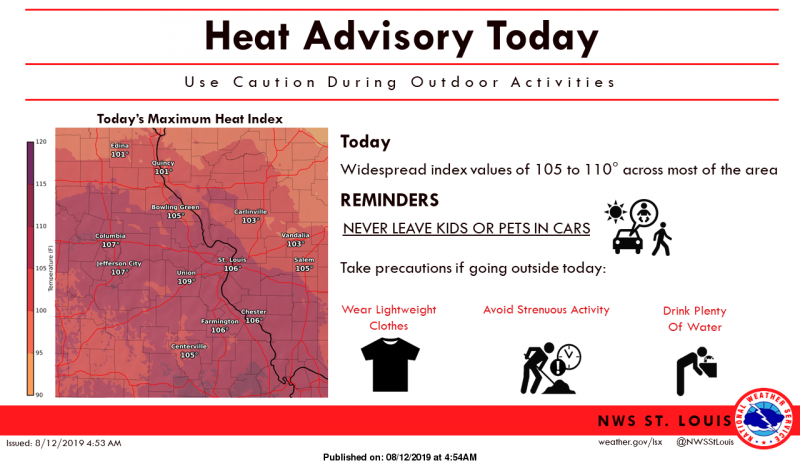 Rainfall totals across Marion County all top four inches from the overnight and Monday morning rains.  As a result, the flash flood warning has been extended for Marion, Clinton, Bond, and Western Fayette County until 1:45 am Tuesday morning.  A tornado watch has been issued until three Tuesday morning as there is the potential of strong thunderstorm activity that could contain tornado.

Some roads are impassable and even major highways have water across them.   In Marion County, the Kinoka Road is closed one mile east of the South Central Grade School.   Salem Township Road Commissioner reports numerous roads are flooded and to drive with caution.  The Patoka Road Commissioner reports roads across North Fork and Flat Creek are flooded along with other low lying areas.

Salem Firemen were called to the northbound entrance ramp to I-57 when a car was pulled into the ditch due to the high water levels.   The three occupants were all out by the time emergency help arrived.   The ramp was kept open and is now dry.

Rainfall totals include 5.59 inches at the Alma Weather Station, 4.53 inches at the Salem Water Plant, and 4.25 inches at the Centralia Water Plant.   At Salem, at one point the spillway was running 14 and a quarter inches over the spillway but is now dropping.   The City of Centralia has fully opened one gate of Raccoon Lake to lower water levels.  That will flood Brick Hill Road downstream.

Emergency authorities remind you to turn around, don`t drown when encountering flooded roads. Most flood deaths occur in vehicles.

Please report flooding to your local law enforcement agency when you can do so safely.

With the rain exiting, a heat advisory goes into effect, with heat index values expected above 100 degrees Monday afternoon.