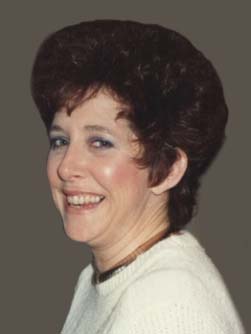 Deborah “Debbie” Kay Kincaid, age 67, of Salem, Illinois passed away at her home on August 12, 2019. She was born March 14, 1952, in Syracuse, New York to James and Patricia (Kurtz) Dever. Debbie was a 1969 graduate of East Richland High School, Olney, Illinois and got her teaching degree and later graduated with her Master’s degree in Education from Eastern Illinois University. She worked as kindergarten teacher, then a substitute teacher and eventually retired from the Regional Office of Education as a Pre-K Director. Debbie had a passion for traveling, dancing, attending grandchildren’s sporting events, chatting with family and friends and caring for her dog, Buttons.

Debbie had a bright and energetic personality. She touched many lives and family and friends are invited to offer their condolences at Rogers-Atkins Funeral Home on Saturday, August 17, 2019 from 4pm- 6pm. Due to Debbie’s wishes she will be cremated and have a private family service later. In lieu of flowers, memorial donations can be made to Parkinson Research, American Legion Post 128 or Residential Hospice, who helped her family care for Debbie at home. Online obituary information can be found at Rogers-AtkinsFuneralHome.com.

She is survived by Harold Kocher, life-partner of thirty years; daughter, Andrea and her husband Aaron Davis; daughter Emily and her husband Ryan Smith, all of Salem. Brothers, John Dever of Knoxville, TN, Danny and his wife Pam Dever of San Marcos, Texas, David and his wife Zsuzsanna Dever of San Diego, California, Todd and his wife Mary Dever of Austin, Texas; sister-in-law Annette Dever of San Marcos, Texas; uncle, Art Kurtz of Olney; grandmother, Wilma Trotter of Olney along with many nieces and nephews. Her grandchildren she adored: Elijah, Molly, Caid, and Jillian. Janie Baldridge, best friend and caregiver and Cindy Silvey for caring for Debbie like she was her own mother. She is also survived by the father of her children, Terry Kincaid, of Salem.

Debbie was preceded in death by her parents, Jim and Pat Dever, her brother, Larry Dever and sister-in-law, Kathy Dever.