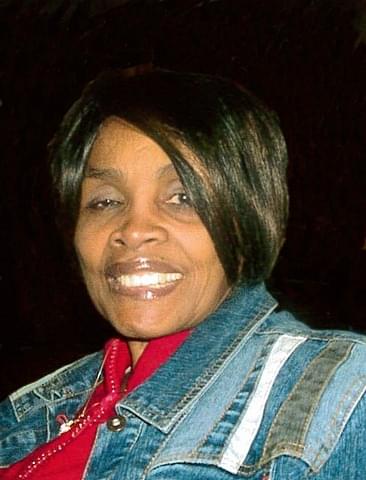 Marilyn Scott, 70, of Centralia passed away peacefully surrounded by her devoted family, Saturday, August 10, 2019. Marilyn was a graduate of Centralia Township High School Class of 1967. She was a ward clerk, nursing assistant, and a sterile processing technician at SSM St. Mary’s Hospital for 41 years, until her retirement on December 15, 2010. During her time of employment, at the hospital, she was named with the honor employee of the year in 1997. Marilyn was a foster grandparent at Warren G. Murray Center for 5 years. She was a member of Ricks Chapel African Methodist Episcopal Zion Church in Centralia. Marilyn shared her gift of singing, in the church choir and loved to work and help out in the kitchen. She was a vice president of the Centralia Youth Center for several years. Marilyn also held memberships with Nubian club, Matrons Club, and NAACP. She enjoyed playing bingo, and word search puzzles. Marilyn was always ready to cheer on her favorite team, the Atlanta Braves and her favorite player, Andruw Jones. She loved her children, grandchildren, great-grandchildren, and her relatives. Marilyn loved giving to others and sending cards to people to cheer them up. Her kindness and generosity touched the lives of all the people she knew and loved.

A Celebration of Life Service will be held in her honor on Monday, August 19, 2019 at 1:00 P.M. at Rick’s Chapel AME Zion Church in Centralia, IL with Rev. Dr. Donald Jones officiating. Interment will follow at Elmwood Cemetery in Centralia, IL. A visitation time will be held from 11:00 A.M. until the time of service on Monday at the Church. Memorials may be made in Mrs. Scott’s honor to Donor’s Choice. Online condolences and memories of Mrs. Scott may be shared with the family by visiting www.maczfuneralhomes.com and/or on the funeral home’s Facebook page.

She was born on September 25, 1948 the daughter of William and Alice (Burris) Birdo in Centralia. She married James L. Scott on October 28, 1967 in Centralia and they were happily married for 42 years. Marilyn was preceded in death by both her parents; husband, James Scott; sons, James, Jr., and Carlos, Sr.; step-daughter, Tosha Rodgers; sister, Elizabeth Birdo; brothers, Johnny Birdo, and Alphonso Birdo; 2 nephews; sister-in-law, Frances Birdo; and brother-in-law, Freddie Scott.