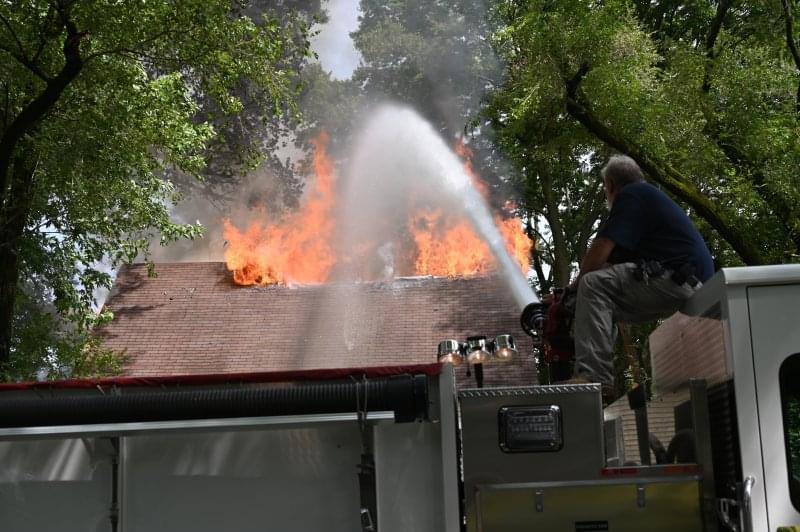 A vacant Central City home was heavily damaged by fire Monday afternoon. Centralia Fire Protection District Chief Greg Earle says flames and heavy brown smoke were pouring from a window on the south side of the home owned by Joe Border at 133 South Harrison upon their arrival.

Earle says firefighting efforts were hurt by the amount of items inside the home. One wall of the home eventually collapsed and part of the roof caved in. 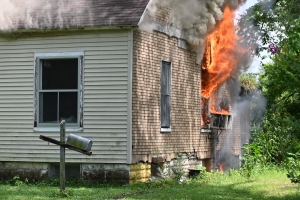 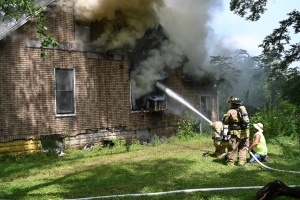 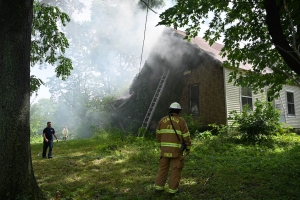 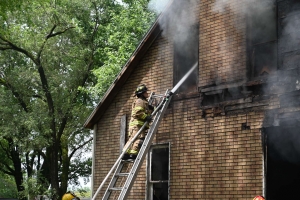 The cause of the fire has not been determined. The state fire marshals office is scheduled to review the fire scene on Tuesday. There were utilities to the residence.

District firefighters were assisted by Centralia City Firefighters who provided mutual aid. Another shift of city firemen were called in to man the Centralia fire station in the event of another fire.

Earle says the heat and humidity was intense on the firefighters who spent four hours on the scene beginning at 1:04 Monday afternoon. Lifestar Ambulance worked to assist in re hydrating the firefighters.