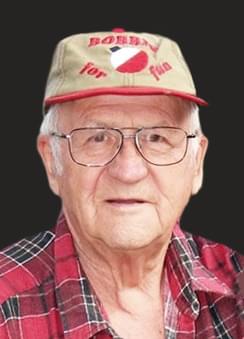 Funeral services for Fernand LeBrun will be held on Thursday, August 22, 2019, at 6:00 pm at Rogers- Atkins Funeral Home with Claude Howell officiating.  There will be a visitation from 3:00 pm until the time of service.  Military rites will be presented at the funeral home by the Salem American Legion.  Memorial donations can be made to the Salem Community Center or the Salem American Legion and can be left at the funeral home.

Fernand was born on September 25, 1929, in Taunton, Massachusetts to Albert P. and Diana (Thiboutot) Lebrun.  He married Wannitta H. Allen and they later divorced.

He was preceded in death by his parents and a son, Bobby LeBrun.

Online obituary information can be found at RogersAtkinsFuneralHome.com.