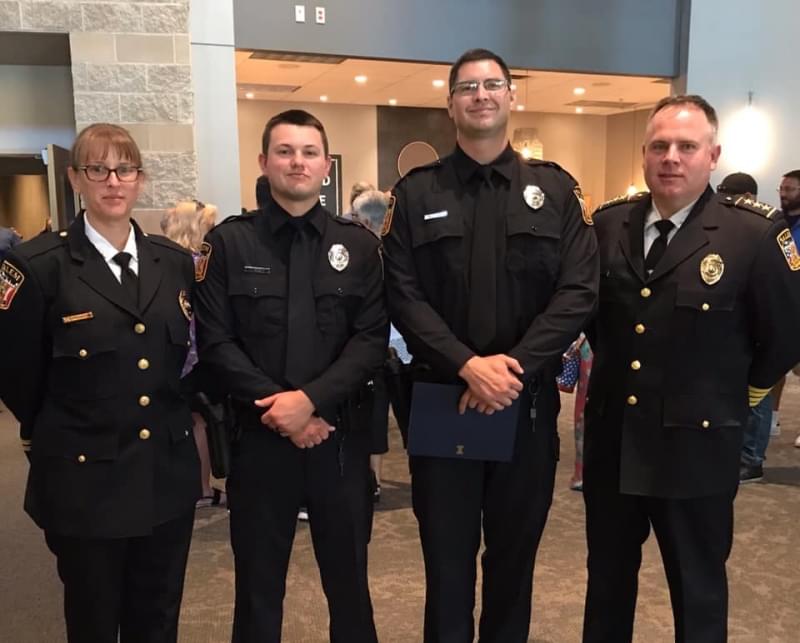 Reynolds says Matthew Potter and Ian King completed 14 weeks of vigorous training as part of the academy.  They will now begin field training by being assigned to another officer in the department.   That will last 12 to 16 weeks before the two new officers begin patrols on their own.

Reynolds says with the addition of Officers Potter and King the department is back at full strength.  The two officers replace the two school resource officers that are now working in the Salem Grade and High School Districts.