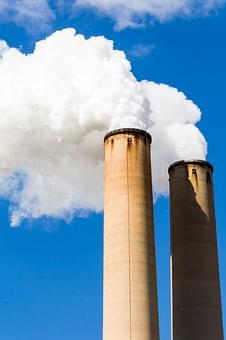 CHICAGO (AP) — Vistra Energy has brokered a deal with Gov. J.B. Pritzker’s administration to close four coal plants in Illinois, but the power company will continue to operate four other fossil fuel facilities that federal data indicates were its worst polluters in the state last year.

The remaining four coal plants were responsible for more than 80% of the asthma-triggering sulfur dioxide emitted by the company in Illinois last year, according to a Chicago Tribune analysis of federal data. The analysis also found that the plants produced about 60% of the company’s emissions of heat-trapping carbon dioxide and smog-forming nitrogen dioxide.

The four remaining plants are in Baldwin, Bartonville, Joppa, and Newton.

Environmental activists say three of the four are so old that environmental regulators have exempted them from installing modern pollution-control equipment. People living near those coal plants will continue to be exposed to pollution at levels that would be illegal if the facilities were built today.

“We are concerned about the workers and communities impacted by these announcements,” said Jack Darin, director of the Illinois chapter of the Sierra Club, a nonprofit group that has been fighting for years to ditch coal.

Closing the other four plants will nonetheless reduce the level of emissions that can take years off lives and cause lung damage, heart disease and respiratory ailments for people in Chicago and other downwind communities. It’s also expected to eliminate millions of pounds of carbon dioxide that the plants emit each year — equivalent to taking more than 1.3 million cars off the road.

The company employs about 1,000 people in Illinois, and the power plants contribute to the tax base of local communities.

About 300 workers will lose their jobs when the plants in Canton, Coffeen, Havana and Hennepin shut down this year, which was announced Wednesday.