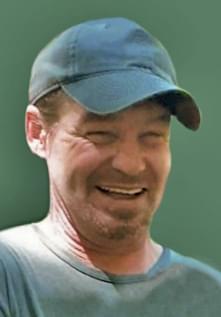 Martin “Marty” Phillips, age 49, of Salem, passed away on Tuesday, September 10, 2019, at his home.   Marty was a cook at Hardee’s and previously worked for the Swan Corporation in Centralia.

Funeral Services for Martin “Marty” Phillips be held at 11:00 am on Friday, September 13, 2019, at Rogers-Atkins Funeral Home in Salem, with Trent Ice officiating. Interment will be held at Bethlehem Cemetery in Salem.   Visitation will be from 9:30 a.m. until the time of service on Friday at the funeral home.   Memorials may be made to the family to assist with funeral expenses.

He was born August 24, 1970, in Centralia, son of Alexander Phillips and Carolyn (Elliott) Hammons. Mr. Phillips was baptized at Bethlehem Baptist Church in Salem.  He was preceded in death by a grandfather, Bert Elliott; and a cousin, Coty Richie.