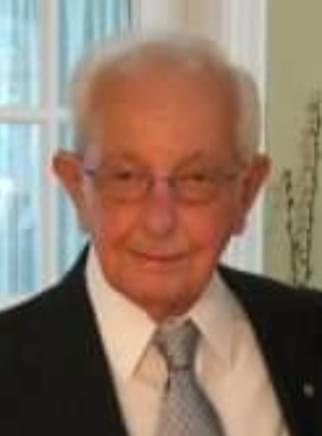 A Visitation will be held on Monday, September 16, 2019 from 11:00 A.M to 1:00 P.M. at Hughey Funeral Home in Mount Vernon, Illinois. A Funeral Service will begin at 1:00 P.M. with Pastor David Houseworth officiating. Interment will follow at Oakwood Cemetery. Members of the Mount Vernon American Legion Post #141 will conduct Full Military Honors at the cemetery. Call Hughey Funeral Home at 618-242-3348 or visit hugheyfh.com for further information.

He was born September 29, 1924 in Piopolis, Illinois to the late Joseph and Magdalena Kaufman. He married Phyllis Scoles on August 13, 1949. They were blessed with sixty-eight years of marriage before she preceded him in death on January 7, 2018. In addition to his parents and wife, James was preceded in death by his son, Steven E. Kaufman; sister, Pauline Kaufman; and brother, Frances Kaufman.