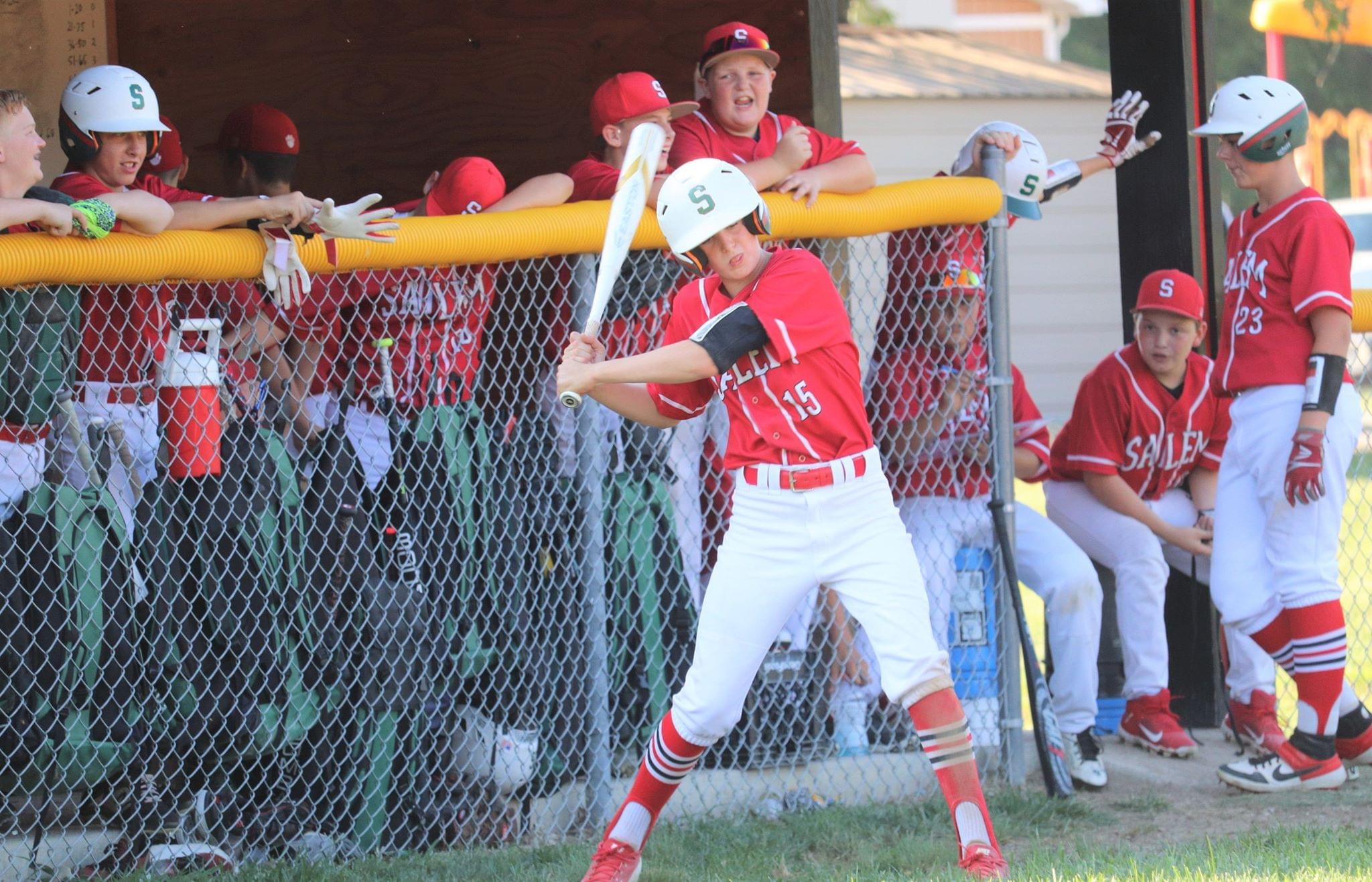 Franklin Park defeated visiting Breese 10-2.  Gavin Zimmermann was the winning pitcher.  At the plate, Jalen Inlow and Connor Tennyson had 3 hits each.  Jairen Stroud had a pair of doubles.  Zimmermann and Noah Nix had 2 hits each.  Also with hits were Deytin Parker and Cameron Wilkins.

The Selmaville Rockets gave up 13 runs in the 4th inning and fell to Rome 17-1.  Carter Lowe doubled and Heydin Purcell had the only other Rockets hit and drove in the lone run which Lowe scored.

Patoka/Odin is 9-3 after their 13-4 win over Willow Grove/St Mary’s.  Camden Parrish paced the offense with 3 hits and 4 RBI.  Wade Cain and Wade Voelkel had 2hits while Owen Landreth scored 3 times.  Brady Thompson added a hit and 3 RBI.   Cain and Landreth pitched 2 innings each.