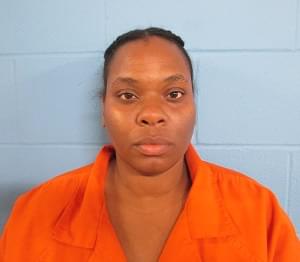 A 32-year-old Centralia woman has been sentenced to eight years in prison for firing a gun into her neighbor’s apartment following an earlier verbal altercation.

Dominika Belt had earlier pleaded guilty to one of two counts of felony aggravated discharge of a firearm into an occupied building filed against her.  The incident occurred in May of this year.

Judge Marc Kelly noted in handing down the eight-year sentence while the defendant had no prior criminal history, he doesn’t find Belt is likely to be successful on probation.  Kelly noted Belt refused to acknowledge her wrongdoing until her statement in allocution during Tuesday’s sentencing hearing.   Until then, the judge said Belt repeatedly insisted she was protecting herself at the time of the shooting.

Doran presented police bodycam audio of a Facebook live video Belt was recording while she was inside her house while police were outside.  She sounded emotionally upset and stated she believed that her neighbors had been harassing her and were putting gas in the vents of her apartment leading her to shoot into their apartment.  Belt also requested that those who may be watching the video go beat up the victims because she didn’t believe it was fair that she would be going to jail while they were free.

At the end, you can hear Belt peacefully surrender to the police.

Centralia Police say two rounds were fired into the neighbor’s residence that was occupied by two people at the time.    Police dispatchers were able to monitor Belt’s actions from the Marion County Housing Authority surveillance cameras after the victims called 911.

After getting out of prison, Belt will have to serve two years of mandatory supervised release.