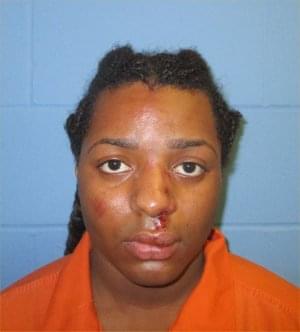 The Marion County Coroner’s Office has identified the victim of this morning’s car-motorcycle crash on I-57 near the rest area south of Salem as 23-year-old Mason Wathan of Centralia.

Meanwhile, State Police have arrested the driver of the car, 21-year-old Evansville, Indiana man, for involuntary manslaughter and reckless homicide. Johnathan Trotter is being held in the Marion County Jail pending his first appearance in court.

The coroner’s office reports Wathan was traveling northbound on Interstate 57 near milepost 114 at about 4:30 a.m. when his motorcycle was struck from behind by a northbound passenger vehicle. Preliminary information indicates the passenger vehicle had been observed being driven in a reckless manner and at a high rate of speed prior to the crash. Wathan was pronounced deceased at the scene by Coroner Troy Cannon.

Trotter was transported to the Emergency Department of the Salem Township Hospital for treatment of injuries sustained when his car left the roadway and struck several trees in the median following the crash with Wathan’s motorcycle.

The crash closed northbound traffic on the interstate at Route 161 for six hours beginning just before four Thursday morning. I-57 was reopened around 11 am.

Traffic backed up on the interstate to get off at the 161 exit as well as at the Main and Broadway intersection in downtown Salem. Police directed traffic to try and get traffic through that at one point had backed up to the Cartter Road.

An ISP Crash Reconstruction team was called to the scene to assist with the crash investigation.

The Irvin/Macz Funeral Home in Centralia is assisting the Wathan family with arrangements.