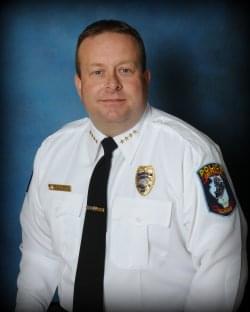 Centralia Police Chief Brian Atchison has confirmed a 13-year-old boy shot in the head early Saturday morning has died from his injuries at a St. Louis Hospital.

The chief is also announcing a 15-year-old male juvenile was arrested Monday morning in connection with the death.

Atchison says four juveniles, who were at the scene of the shooting at a home in the 100 block of South Pine, were detained on Saturday before being released.

Centralia Police found the boy on the porch of the home when responding to a 911 call from a person at the residence who indicated a person had been shot.  The name of the 13-year-old victim has not yet been released.  Atchison earlier indicated the boy was at a gathering of acquaintances at the home when the shooting occurred.

Centralia Fire Department and Lifestar EMS treated the victim on scene. The victim was transported to St Mary’s Good Samaritan Hospital, before being transported to Cardinal Glennon Children’s Hospital in St Louis.

Since this matter is a pending investigation, Atchison says no further details are being released at this time.

There have been new developments in this story.  Click below for the latest story: