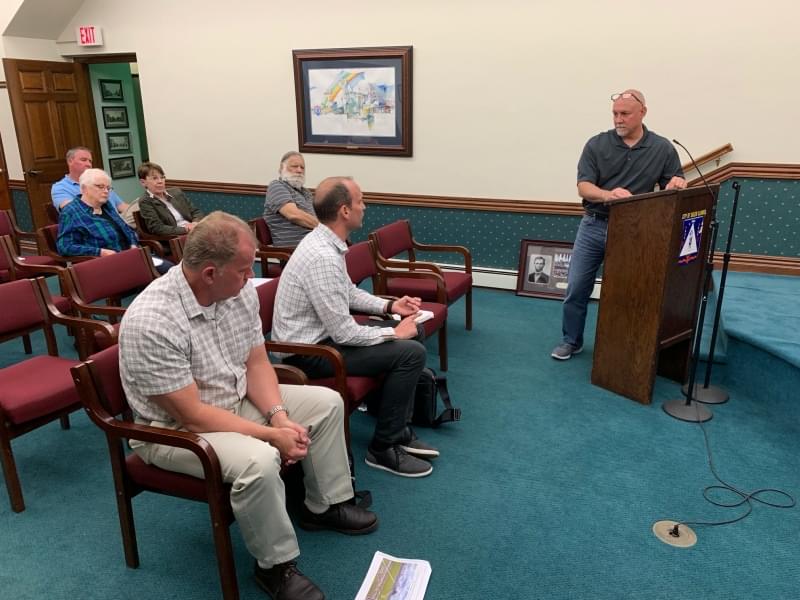 The Salem Planning Commission has unanimously voted against a special use permit to allow the development of a solar farm on a 120-acre site on the southwest corner of South College and Kell Street just outside the city limits.

The developer Salem Solar Energy, LLC ran into opposition from neighbors in the area. One of those testifying was Brenda Lowe.

“I was told yesterday that I should’ve known that I was living near agriculturally zoned property and I did know that.  But that’s not what this is being used for.  It’s for something entirely different.  I don’t think it’s an asset to our neighborhood.  And to be honest I resent the fact, I understand you have jurisdiction on the area I live in, but please remember I don’t vote in the city of Salem.  I have not been given that right.  But you have been given the right to tell me how my neighborhood will be used, and I’m not happy.”

Others in the neighborhood also expressing opposition were Brian Hood, Richard Clark, and Greg Dye. Only the current property owner spoke in favor of the project.

A representative of Salem Solar Energy, LLC Peter Davis said they had tried to address the concerns of neighbors that were presented at the last special use permit hearing one and a half years ago when another developer wanted to complete the project. He promised to leave all trees in place, place the panels further away from the homes and provide slat fencing to block the view.

Davis explained how they picked the site.

“After we identified Illinois as a market we would like to be in the next thing would be showing all the places in Illinois that have the best solar radiance.  And obviously a lot of southern Illinois has better sunlight hours compared to northern Illinois.  And we picked this specific site because of utility infrastructure.  There is a 69 KD line that accommodates projects of this size.”

The action of the planning commission is final for the city of Salem, with any appeals having to go to court.

The owner of the property, Rehkemer Trust, indicated they would continue to try and sell the property.

Before the vote, Chair Rick McCullum read off other uses that could be considered for the property both with and without a special use permit, some which would be more intrusive.