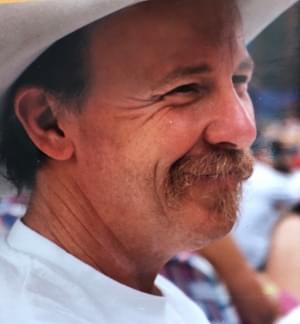 Billy Joe Cook went to heaven on June 8, 2019. Billy Joe moved with his family to the Tulsa area in Oklahoma when he was four years old, which in turn makes him a true “Okie!” One of Billy Joe’s passions in life was baseball. He started playing little league in Bartlesville, OK when he was a child. He was an original season ticket holder when the Colorado Rockies formed in Denver in 1993. He attended fantasy camp with them in 2000 in Tucson, AZ along with his entourage of family and friends. A third baseline seat at a home Rockie game with a cold beer and a Rockie Dog was his happy place! His other passion was music! He played lead guitar and vocals since high school in Oklahoma and Colorado. He was in the band Undetermined Mud and Epicurean Time Machine with Becky Hobbs (writer of Angels Among Us by Alabama), she called him “Little Red One!” The band Siloam as well as Old Trails Rode, Savanna and the Last Honky Tonk Band. Billy Joe loved going to hear live music and the impromptu jam with his buddies. Many concerts, and weekend music festivals were attended in California, Tuscon, Kentucky and Colorado.

There will be a Celebration of Life at noon on Thursday, June 13th at the Elks Lodge at 3850 Elk Drive, Westminster, CO. A much larger Memorial Celebration Jam will be at 3pm on August 3rd at the Heritage Theatre – Gizzy’s Eatery 306 E Don Tyler Ave, Dewey, OK 74029. In lieu of flowers, donations can be made to the Westminster Elks Lodge #2227 and will be accepted at the Sutherland-Garnier Funeral Home at 235 North Sycamore Street Centralia, Illinois 62801, (618)532-3523, who is honored to be of service to the Cook Family. Online condolences may be made to the family by visiting www.sutherlandfuneralhome.com.

He is survived by his wife of 20 years Jackie Holzhauer Cook, his daughter Sarah Cook Lyon (Norman) of Brighton, CO. Melissa Bailey (James) of San Diego, CA and grandchildren Chasey and Cash Bailey of San Diego, CA. Beloved Nieces and Nephews Justin Bolen (Robin), Billy Joe’s mini-me Levi Bolen, Ronda Williams (Warren) and Tammy McKee (Wade) of OK and Donald Lee Powell (Deena) of Nashville, TN. All of Jackie’s crazy family in California, Hawaii and Illinois as well as a host of nieces, nephews, In-laws, out-laws and all the “gang!”

Billy Joe Cook was born in Fayetteville, AR on September 9, 1949. He was preceded in death by his parents Mary and Hubert Cook, his sister, Phyllis Powell and his step-son Dustin Veltman as well as many of his great friends and extended family members.