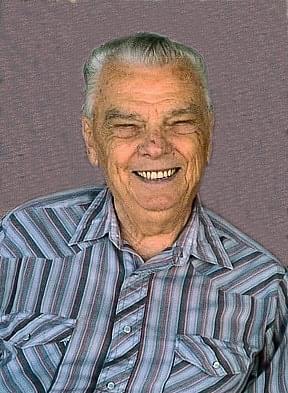 Dale Wilbur Miller, 82, of Centralia, passed away Tuesday, June 11, 2019, at his home. Mr. Miller was a proud Army veteran where he served his country faithfully as a communication operator with honor. Upon returning home from his military service, Dale worked for Burlington Northern Railroad for 37 years before retiring in 1993. He held a lifetime membership with the United Transportation Union and a Patron National Rifle Association. To say Dale loved to travel would be an understatement. He enjoyed every part of the adventure of travel and was especially partial to his time spent at the ocean. Dale was a proud grandpa, always sharing treasured stories of his grandchildren.

Irvin Macz Funeral Home in Centralia is in charge of arrangements. A graveside service will be held at 2:00 P.M. Friday, June 14, 2019, at Hillcrest Memorial Park in Centralia with Pastor Mike Hall officiating. Memorials may be made in Dale’s honor to Clinton County Meals On Wheels and will be accepted at the funeral home. Online condolences and memories of Dale may be shared with the family by visiting www.maczfuneralhomes.com and/or on the funeral home’s Facebook page.

He was born on August 15, 1936, the son of Glenn and Tressa (Tate) Miller in Springfield. He married Judy Pursley in Centralia, IL on January 19, 1963, and they later divorced.

Mr. Miller was preceded in death by both his parents; and his beloved brother, Glenn Miller.