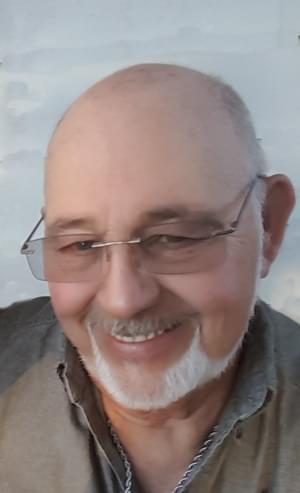 Gerald ‘Gary Don’ Ferrell, age 75, of Salem, IL died June 11, 2019, at Salem Township Hospital.   Gary retired with 47 plus years in the maintenance department of Radiac in Salem.  He was a member of Open Arms Fellowship in Salem and loved to go to church, fish, was a Mr. Fix It and loved spending time with his grandchildren, especially watching them play ball.  Gary was a veteran of the United States Navy, serving from 1962-1966.
Funeral services will be 1:00 p.m., Friday at the Rankin Funeral Home in Salem with pastors Brian Mixon and Ben Wyant officiating.  Military honors will be accorded at the funeral home by the Salem American Legion Post #128.  Burial will be private.   Visiting hours will be from 11:00 a.m. until the service hour on Friday.   Memorials may be made to the Donor’s choice and will be accepted by the Rankin Funeral Home, entrusted with the family’s care.
Born February 2, 1944, in Salem, he was the son of Noah “Jack” and M. Clair “Babe” (Delonshaw) Ferrell.
He married Doris A. Norris, July 20, 1965, in Salem and she survives.
Also surviving are his children, Shane Michael Ferrell of Cumberland City, TN, Angie (Jimmy) Hughes of Tennessee Ridge, TN, and Shawnda (Tommy) Wood of Odin, IL, along with 10 grandchildren and 9 great-grandchildren.
Also left to mourn his passing are brothers Larry T. (Earlene) Ferrell of Salem, and Terry L. (Brenda) Ferrell of Lone Grove, OK.
In addition to his parents, he is preceded in death by a son, Gregory Darren Ferrell (1975), and brothers Richard and Robert Ferrell.