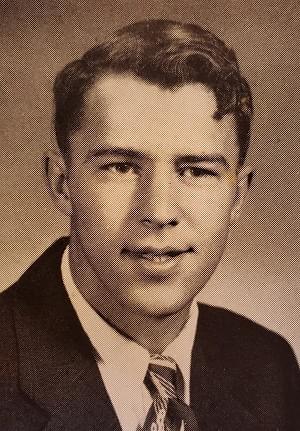 Larry George West, 77, of Salem, passed away at 4:40 am on Monday, June 12, 2019 at Kindred Hospital in Peoria. Larry was an avid St. Louis Cardinals fan, loved crafts and making quilts. Many of his quilts were on display at the Marion County Fair. He was a member of the Kinmundy Christian Church. Larry loved his family and several of the staff members at Twin Willows Nursing Home were like family to him.

Graveside services honoring the life of Larry will be conducted at 1:00 pm on Friday, June 14, 2019 at the Elder Cemetery in rural Kinmundy. Bro. Gene Birch will officiate. Memorial contributions are suggested to the family. The Triplett & Neal Funeral Home in Kinmundy is in charge of the care and arrangements. You are invited to share your memories of Larry and leave a condolence at www.triplettandneal.com.

Larry is survived by four sisters, Judy Green, Linda (Terry) Davis and Mary West all of Decatur, and Alice (Carl) Cash of Albion, a brother, David West of Kinmundy, an aunt, and by several nieces, nephews and cousins.

He was born on July 19, 1941 the son of the late Darrell and Rochelle (Butts) West. In addition to his parents, Larry was preceded in death by a brother, Walter West and by a sister, Brenda White.