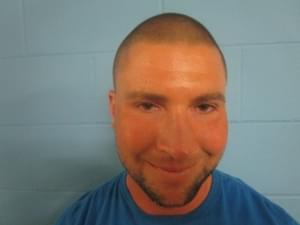 A 29-year-old former Centralia Police Officer has been charged in Marion County Court with unlawful possession of a controlled substance.

A warrant for the arrest of Micah Sensel of Centralia was issued Monday afternoon immediately after State Police brought a report on the incident to the State’s Attorney’s office.    After Judge Mark Stedelin signed the document, State Police arrested Sensel and brought him to the Marion County Jail.   Sensel was later released after posting a $500 cash bond on the $5,000 warrant.

The charge claims Sensel was in possession of less than 15 grams of morphine other than authorized by the controlled substances act.

State’s Attorney Bill Milner said State Police reports indicate Sensel had traveled with a fellow officer to a training exercise in DuQuion on May 20th when he reportedly was seen acting in an impaired manner.  Sensel was reportedly taken to a Mt. Vernon hospital for treatment.

Milner said after the other officer returned in the car to Centralia, investigators allegedly looked inside a backpack Sensel had brought with him to the training exercise.   The morphine was reportedly found at that time.

Milner does not anticipate any other charges at the present time.

Sensel was initially placed on leave but then resigned from the Centralia Police Department on June 16th.   He had served on the department for just over two years.

Sensel is next due in court on the charge on September 23rd at 1:30 pm.