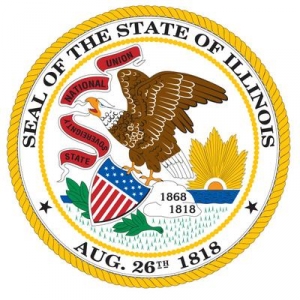 SPRINGFIELD, Ill. (AP) — The former chairman of the Illinois Gaming Board allegedly engaged in prohibited political activity while heading the agency that regulates gambling, according to a report released Wednesday by the Office of Executive Inspector General.

The report says Don Tracy made “loans and contributions either directly, or through his wife, to political committees” in violation of state law.

Tracy was named the Gaming Board’s chairman by former Gov. Bruce Rauner in 2015. Tracy, whose term was to end July 1, resigned in mid-June. The Springfield lawyer told the Chicago Tribune the report was “baseless speculation.”

The inspector general’s 12-page report focuses on 30 contributions from Tracy and his wife, Wanda, from the time he became Gaming Board chairman until Oct. 29. Included are eight contributions totaling $7,600 from Wanda Tracy to Rauner’s campaign fund. Most of the checks were written from the couple’s joint account, though Don Tracy’s name was crossed off on many of them, the report says.

The report notes that between 1998 and the year he was appointed Gaming Board chairman, Tracy made 210 contributions to 67 political committees. Over the same period, Wanda Tracy made only one.

Given that history, “it is not credible” that Wanda Tracy began writing so many campaign checks “without any direction from her husband, or even discussion with him about it,” the report says.

“I don’t see anything at all wrong or unethical about Wanda exercising her constitutional rights,” he said.

The report also says Tracy remained chairman of Central Illinois for Responsible Government, which supported Rauner, while he was chairman of the Gaming Board.

Tracy, who ran unsuccessfully for lieutenant governor in the 2010 Republican primary, says he believes the investigation was politically motivated, but refused to say who he thinks was responsible.