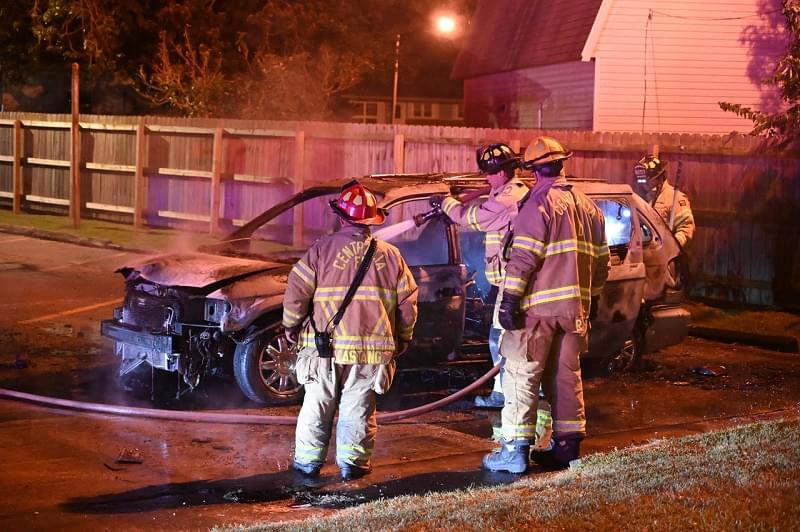 Centralia firemen fight what they believe to be an arson fire in a van late Thursday night.  Photo by Tim Ferguson.

Centralia City Firefighters say arson was the cause of a fire that destroyed a van parked behind a Centralia business late Wednesday night.

The fire behind the Jay Zanton Law Office at 1501 East McCord was initially reported as a trash fire. Two additional firefighters were called in to help fight the fire when a water line needed to be laid to put out the fire.

Centralia Police told firefighters the van registered to an owner in Rockford, but as of Wednesday night had not been reported as stolen.

The exact cause of the fire has not been determined.

The fire call came in at 11:11 Wednesday night.