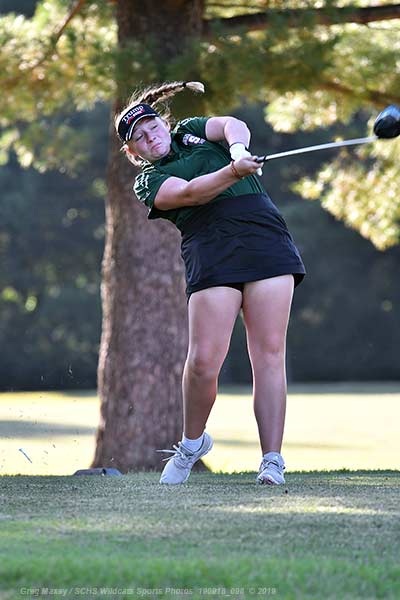 On Wednesday the Salem Lady Wildcats golf team was victorious over the West Frankfort Lady Redbirds by a score of 224 to 237 on the Salem Country Club back nine. Low medalist for the match was Kenzie Anderson who fired a one over par 37 for the Salem team. Salem’s Lauren Ice posted a strong 45, while Haley Duncan and Maggie Telford added to the team total with a 63 and a 79 respectively. 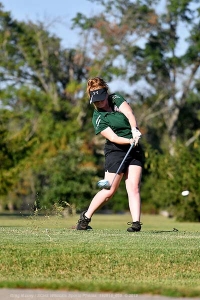 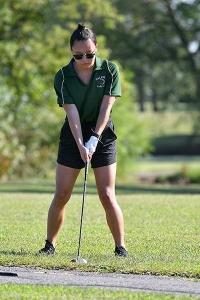 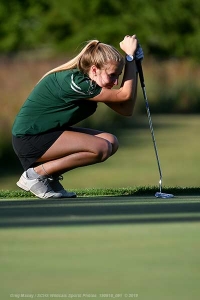 On Saturday the 21st the Wildcats will host their annual match play event for both boys and girls teams, also at the Salem Country Club.

On Monday the 23rd the Lady Cats will participate in the Cahokia Conference meet, which will be held at Red Bud, IL.

Today in girls golf, Centralia heads to Breese to play Central and Carbondale.

The Salem Wildcats golf team returns to play today when they go to Colonial to take on Sandoval.

In the boys match, McLeansboro got a 38 from Laban Hunt on their way to a 175-207 victory over Christ Our Rock.  Sammy Benbrook added a 45.  In the loss, Matt Slover shot 50 and Lukas Briscoe 51 for Christ Our Rock.

In boys golf, Grant Oster was medalist shooting a 36 in Central’s 156-176 win over Red Bud.  Nate Rakers added a 38 with 41s from Jackson Haag, Dalton Roeckenhaus and Wyatt Autry.