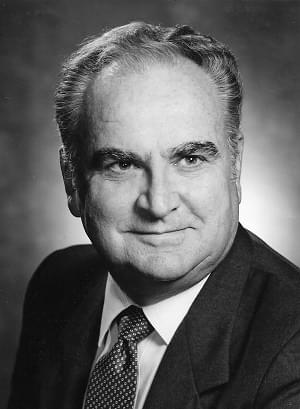 Robert Dale Woosley died Oct. 1 at his home in Mount Vernon, Ill. He was 92. He earned his bachelor’s degree from Hendrix College and his master’s degree from Southern Illinois University, both in chemistry. He was an amateur radio operator since childhood, and, building upon that knowledge, he served as a communications technician in the U.S. Navy during World War II. He was an avid genealogist and traced his ancestry for nearly 60 generations to ninth-century England. Mr. Woosley worked as a chemical engineer for 40 years at the Aluminum Company of America. He traveled the world applying his expertise in several groundbreaking areas, most notably with adsorbents in the oil and gas industry. He was awarded several patents.

Memorial service will be 2 p.m. on Saturday, Oct. 12, at New Harmony Baptist Church in Centralia, Ill., where he was a member, with Rev. Ray Tackett officiating. Please honor Dale by contributing to a church or charity. He’d like that.

He is survived by three children: Susan (and Ray) Tackett, Sarah Trimble and David (and Vanessa) Woosley, as well as eight grandchildren and 20 great-grandchildren.

Mr. Woosley was born Nov. 14, 1926, in Carlisle, Ark., to Jasper and Irene Woosley. He was predeceased by three siblings: Joe, Lester and Mildred.