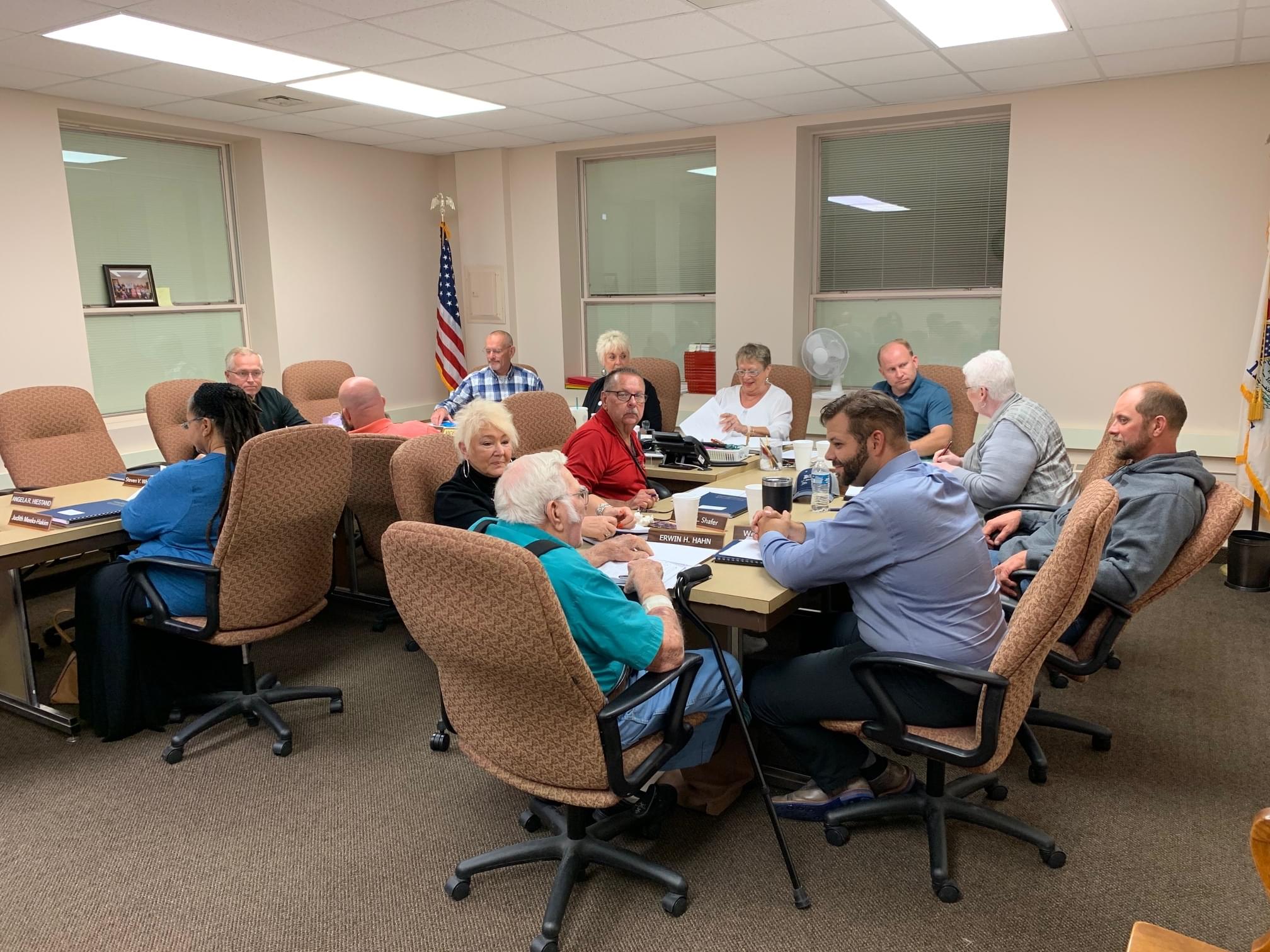 Marion County voters will be able to cast a ballot in an advisory election in the November 2020 General Election on if Marion County should disconnect from Illinois and help form a new 51st state.

The vote came with little discussion, except a question to County Clerk Steve Fox on what the cost would be to add the question to the ballot.

“Since this is going to be on the November ballot, it greatly reduces that cost.  If this was going to be run in the primary where you have multiple parties that have ballots, you would have a big cost.  I would say this would be less than $1,000.”

One of the local organizers of the  Chad Hays says Marion County is the fourth county to approve a November 2020 vote, along with Effingham, Jefferson and Fayette County.

“I’m excited.  I’m really excited.  The committee spoke.  The Marion County Board spoke.  Along with that, we have over 700 signatures signed on petitions that have definitely spoken.”

Hays says the New Illinois campaign is a result of dissatisfaction with the influence Chicago has over the state in many ways.

“Chicago is getting ready to file bankruptcy over their pension plan.  And again the $838-million that [Chicago Mayor] Lightfoot asked Springfield for just a couple weeks ago for a bailout. Sanctuary city.  Now they have the Chicago Police officers to where they have to go against ICE and DHS.   It is just a big line of things that down in Southern Illinois we’re not going to stand for that.”

Hays says if the votes are positive, the results will help State Representative Brad Holbrook with his house resolution to create a 51st state for the part of Illinois outside of Chicago.

The only no vote came from Board Chair Debbie Smith.

What I did is I went out in the community and ask some of my constituents what they felt. I also talked to some business owners. So I was just representing them.  I listened to them and things like that.  That’s why I voted no,” said Smith.  “They were definitely against it.”

Board member Erwin Hahn abstained.  He did not give a reason.