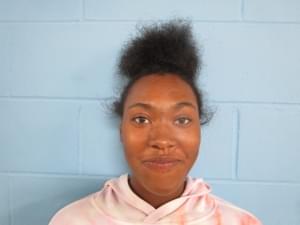 An 18-year-old Centralia woman has been charged in Marion County Court with aggravated battery after allegedly stabbing another person in the hand.

The charge states Nalani McClain of South Lincoln caused bodily harm to Angel Jackson by stabbing her in the hand on October 6th.

Centralia Police say they were unable to locate McClain until Thursday when she was taken into custody.

Bond was set at $4,500.  McClain had the public defender appointed to represent her.  A preliminary hearing was set for October 29th.