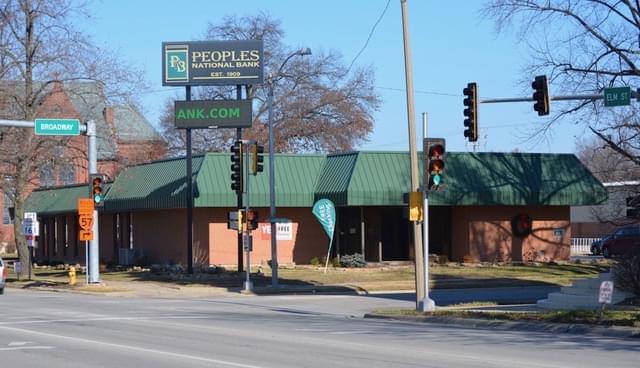 A 21-year-old Danville man has been indicted for the September 2018 armed robbery of the People’s National Bank facility at 400 East Broadway in Centralia.

The indictment charges Aaron Moss and an unnamed person of robbing the bank using a Glock .40 model 27 firearm.  No one else is named in the two-count indictment returned by a federal grand jury earlier this month.

Moss made his initial appearance and was arraigned Wednesday in federal district court.   He pleaded not guilty to both charges.  If convicted, he faces up to 25 years in prison on the bank robbery charge and an additional seven years to life for brandishing a gun during the crime.

Moss is scheduled to go on trial December 16th before U.S. District Judge Staci Yandle at the federal courthouse in Benton.

The investigation is being conducted by the FBI and the Centralia Police Department.