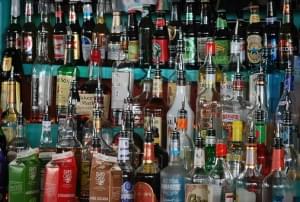 Centralia Mayor Herb Williams delayed a vote on two new liquor licenses until the next city council meeting when the entire council can be present.

Former Mayor Tom Ashby spoke against issuing any more liquor licenses saying the city didn’t need to be a city of gaming. He noted he had rejected numerous applications for additional licenses while he was mayor.

“Let’s support the individuals that have been supporting our community for years.  The VFW, Elks, local bars and restaurants.  We don’t have an unlimited population boom or anything. We have a limited amount.  Let’s take care of our own citizens first.”

But City Manager Dan Ramey feels in these two cases the city would benefit by the issuance of the licenses because vacant buildings would be renovated and put back to use.

He says a new Class E1 license is being proposed for the Food Mart Cafe that would utilize an empty former convenience store at 609 East 15th.

“What we have is a dilapidated building that had been sitting down there for years and obviously we want something to be done with it.  There’s nothing around it and there’s a large apartment complex across from the whole thing.  There would be 500 sq. ft. requirement with a separate entryway for the convenience store and restaurant.   That seemed to be a way we could avoid everyone just calling themselves a restaurant.”

Ramey feels a Class C license for a package liquor store in the former Jumpin Jimmies Convenience store at West Broadway and Pullen would fulfill a need for the west side of town.

“That would not allow them whatsoever to do any kind of gaming in the facility at all.  That is just packaged liquor where someone would go in and buy their beer or wine and take it home with them.  No drinking inside or anything of that nature.”

Ramey didn’t think the two-week delay in taking action would have a major impact on either project.