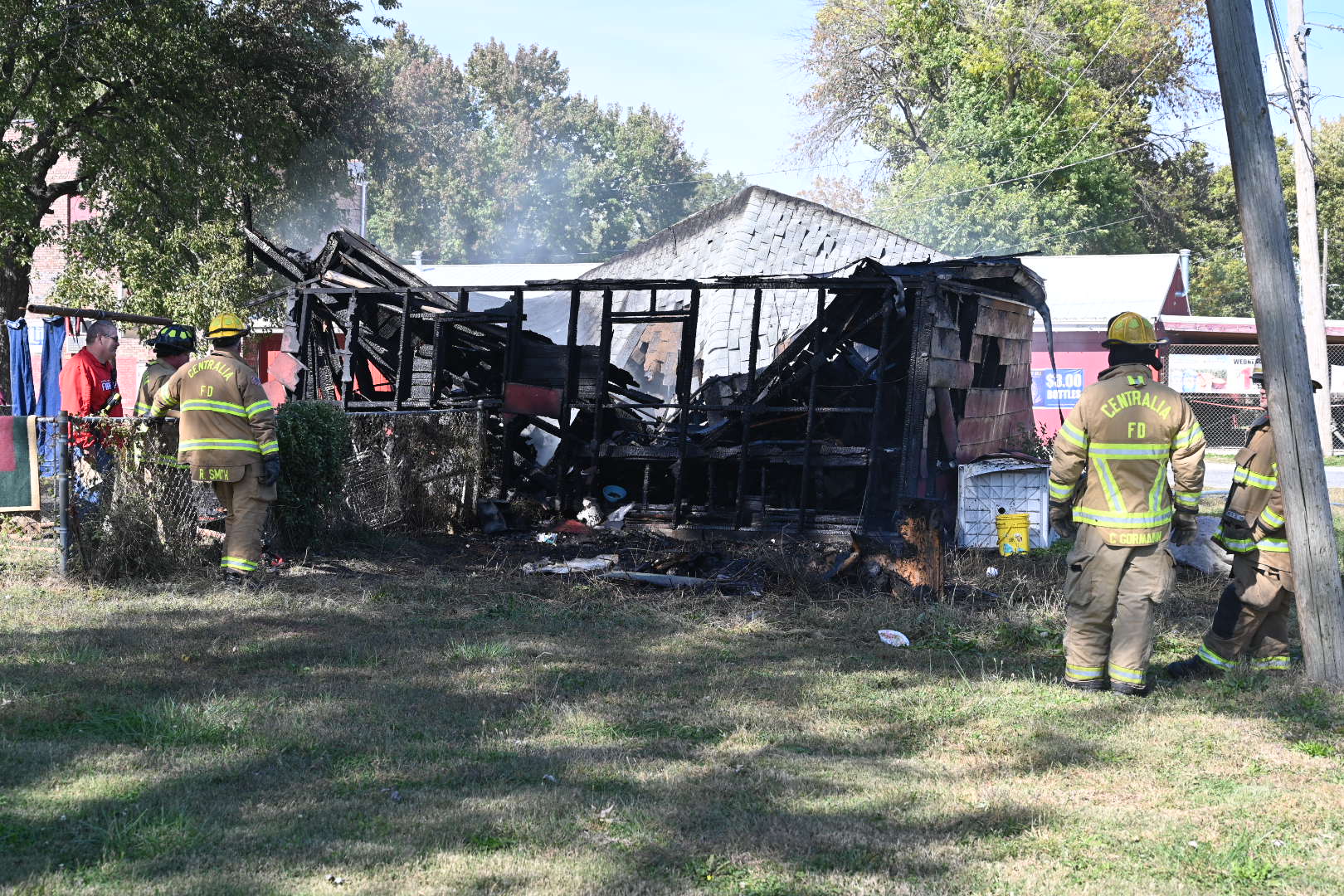 The remains of a shed following a fire at 1501 South Cherry in Centralia Friday afternoon.  Photo by Tim Ferguson.

A wooden shed was destroyed in a Friday afternoon fire in Centralia.

Centralia City Firefighters say the shed at 1501 South Cherry was engulfed in flames upon their arrival.   It is owned by Don May and rented to Kathy Heinrichsmeyer.

The roof of the shed collapsed on the building trapping fire underneath.   Centralia firemen used a city backhoe to move the debris to get the rest of the fire put out.

No other buildings were endangered.   There were no injuries.