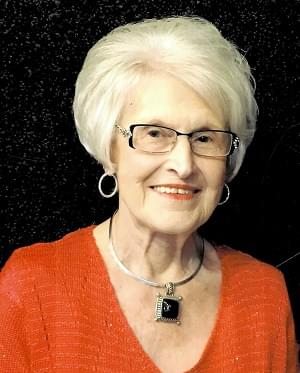 Pauline Chapman, age 87, of Salem, Illinois died November 7, 2019, at her home, under the care of family and friends. Pauline was a member of the Omega Quilters, the Pinochle Club, and the Salem Elks Lodge. A former member of the Omega Presbyterian Church, she transferred membership to Grace Church of the Nazarene in Salem. As a young lady, she worked for Brown Shoe Company formerly of Salem as a fancy stitcher. She then raised her family before returning to work at Chapman Decorating in 1972. She then worked for World Color Press in Salem, retiring at the age of 58.

Surviving are her sons, Leon Chapman, Terry (Marla) Chapman, and Tim (Connie) Chapman all of Salem, and Jay (Cassy) Chapman of St. Peter, IL, along with 10 grandchildren and 17 great-grandchildren. Also left to mourn her passing is her friend, Charles Goldsborough of Altamont, IL and the best neighbor and caregiver ever, Julia (Dan) Piasecki. Also, in-laws, Floyd (Ola) Chapman, Ruby Chapman and Nellie Linder all of Salem, and Darrell Chapman of Georgia.