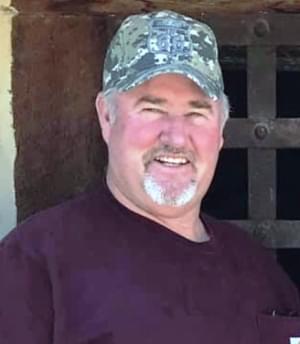 John owned and operated Knapp Concrete Construction for 20 plus years. He was of the Christian Faith and was a member of City Hope Church in Centralia. He enjoyed crappie fishing, side by side riding, and traveling. John was a selfless man and would help anyone. He cherished the time he spent with his family and friends.

Funeral Services for John Knapp will be held Thursday, November 14, 2019, at 11:00 AM at the Sutherland-Garnier Funeral Home in Centralia. John will be laid to rest next to his son Joshua at Boyd Cemetery in Boyd. Friends may call Wednesday, November 13, 2019, from 5:00 PM to 8:00 PM at the funeral home and also Thursday, November 14, 2019, from 10:00 AM to 11:00 AM. Memorial donations may be made to Donor’s Choice or Siteman Center Pancreatic Research Center and will be accepted at the Sutherland-Garnier Funeral Home at 235 North Sycamore Street Centralia, Illinois 62801, (618) 532-3523, who is honored to be of service to the Knapp Family. Online condolences may be made to the family by visiting  www.sutherlandfuneralhome.com or the Sutherland-Garnier Funeral Home and Cremation Services Facebook Page.

In addition to his wife of 23 years: Angela Knapp of Dix, he is also survived by two daughters: Jessica Farley-Mays of Centralia and Kelsie Blue and fiancé Matthew Szatkowski of Shattuc; 9 grandchildren; a sister: Connie Ivers of Dix, Illinois, two brothers: Thomas Knapp and Sharon Brown of Sandwich, Massachusetts and Jerry Knapp and wife Charlene of Centralia, Illinois; father and mother-in-law: Wayne Schaeffer and wife Nancy of Holyeton; a brother-in-law: Chad Schaeffer and wife Julie of Hoyleton; several nieces, nephews, great-nieces and great-nephews; and special friends: Curt Swartzlander and Jerra Geurin of Centralia

He was preceded in death by his parents, a son: Joshua Knapp.