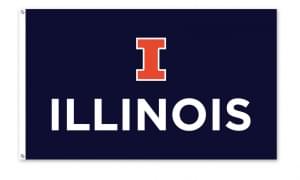 CHAMPAIGN, Ill. (AP) — Officials at the University of Illinois have named a new vice chancellor for research and innovation.

Susan Martinis has been serving in the role on an interim basis since September 2017 and was named a permanent replacement earlier this month, pending a vote by the Board of Trustees.

Martinis oversaw several initiatives, including university-wide research centers while she held the job on an interim basis. She’s also credited with strengthening the business infrastructure around university research.

With a Ph.D. in biochemistry, Martinis joined the university’s faculty in 2005 as an associate professor. She became a department head in 2015.

The University of Illinois system has roughly 90,000 students over three campuses.