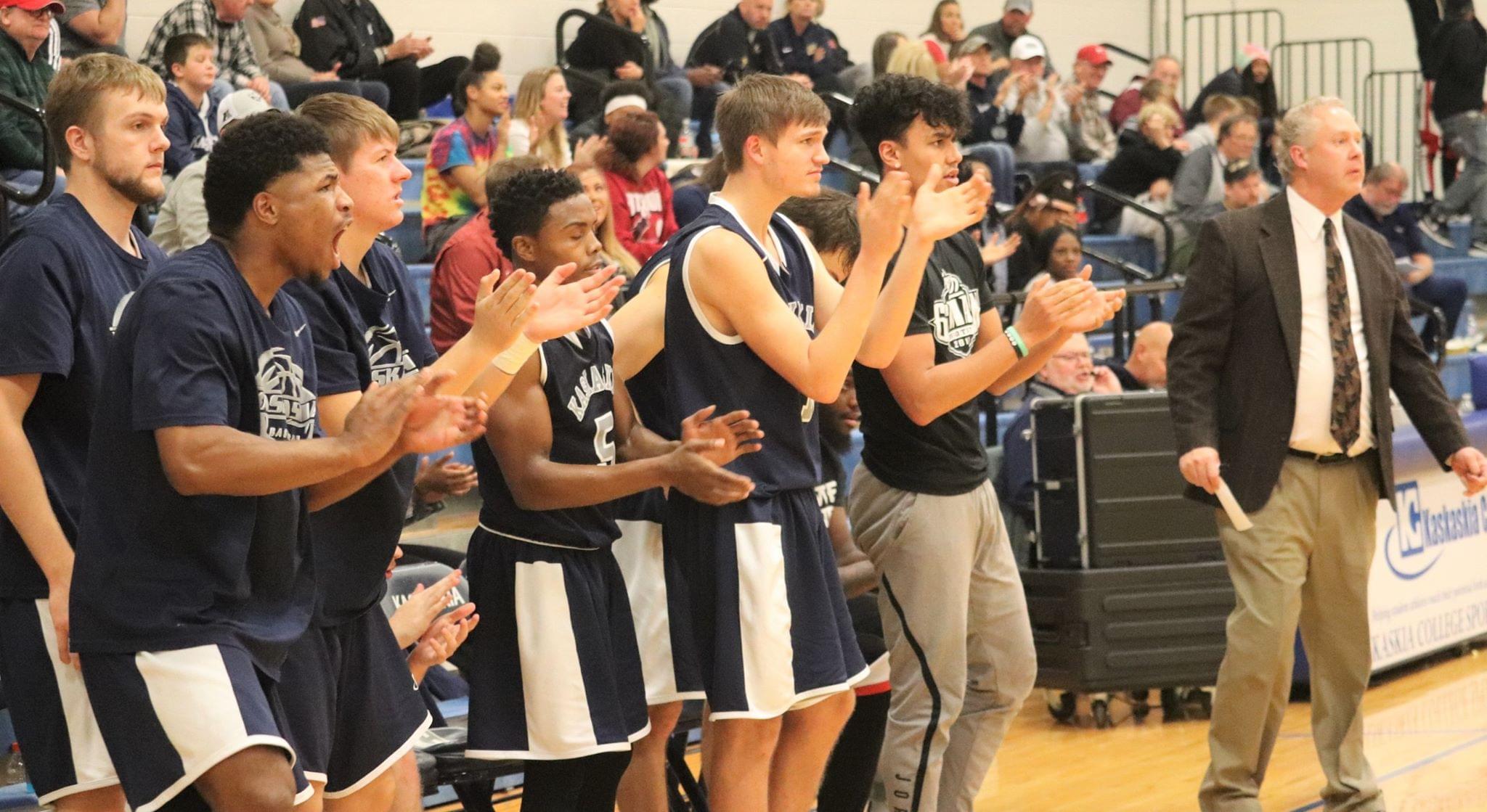 The KC Blue Devils suffered their first loss of the year as they fell at home to defending national champion Vincennes 87-57.  It was the first meeting between the two teams since KC knocked off VU in the District Tournament semifinals last season.

KC led for nearly all of the first 13 minutes and had a 28-23 lead with 7 minutes left in the first half, but the Trail Blazers rattled off the next 12 points to take the lead for good.  Vincennes closed out the first half on a 19-7 run to lead 42-35 at half.  KC got as close as six early in the 2nd half before VU took control with a 41-17 run over the final 16 minutes.

La-Quiem Walker led KC with 17, Jacob Thompson added 15 and Nico Johnson 11.  Kevin Osawe led Vincennes with 24.  KC is 7-1 and will play their 3rd game in four days tonight when they host Millikin University JV at 7:30.