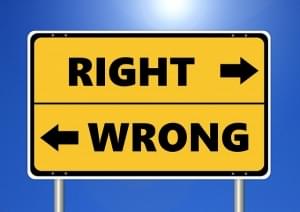 SPRINGFIELD, Ill. (AP) — A bribery charge against a state legislator and federal investigations into lobbying have Illinois lawmakers promising to tighten the rules of soliciting and exercising influence in the Statehouse, with a renewed focus on the ridiculed process of financial disclosure.

The General Assembly wrapped up its fall session this month by adopting legislation to streamline information about lobbying, government contracts and campaign contributions, but delayed examining fiscal reporting required of legislators and other state policymakers.

More than 26,000 state employees must annually file a statement of economic interest comprising eight questions designed to identify financial involvement that could intersect with state business.

Often mocked as “None Sheets” for the answers they habitually produce, critics say the process falls short. For example, it requires disclosing monetary gains without identifying the transactions that yielded them. It compels identifying lobbyists with whom the filer has a “close economic relationship,” but provides no definition.

“The narrowly-tailored questions seem to provide plenty of opportunity to shield relationships, say by routing funds through an intermediary,” said Jay Young, executive director of Common Cause Illinois.

The statement re-emerged as an issue with the federal bribery charge against former Chicago Democratic Rep. Luis Arroyo, who allegedly tried to buy a senator’s support for legislation on an issue about which he was simultaneously lobbying Chicago city officials. Other federal inquiries have spotlighted lobbyists, such as in subpoenas for information from Exelon, parent company of power giant ComEd.

House Majority Leader Greg Harris’ measure was accompanied by a resolution creating a commission to examine ethics challenges facing the ethics-challenged politics of Illinois, including an improved disclosure statement, and recommend changes by next spring.

Disclosure centers on ownership or investments valued at more than $5,000 or which yielded more than $1,200 in the preceding year, whether it be owning a company doing business with the state, a filer’s profession outside of the job for which disclosure is required, any organization which pays the filer as an officer or partner, and investments or real estate yielding capital gains. There is the question about relationships to lobbyists and one about gifts totaling more than $500.

Harris’ legislation included a revamped statement, but House members of both parties objected to adopting a replacement without more discussion. It attempted to garner better detail by requiring reporting of any asset worth more than $5,000 which the filer held at the end of the previous filing period.

Cathie Jackson, director of legal services for McLean, Virginia-based Financial Disclosure Resources, which specializes in assisting federal judges in their financial reporting, noted that, like in the current form, the question recognizes assets from a snapshot in time, but doesn’t reveal the source of those assets or resulting dividends.

“If someone makes a purchase at a favored rate, that could be invisible to the public because neither purchase values nor the subsequent values of individual holdings would be reportable,” Jackson said. “And while a favored rate might ultimately be defined as a reportable gift, that language is not included in the current iteration.”

And while the proposed changes also would require reporting assets held jointly with a spouse or with minor children, Jackson pointed out that it’s not unusual for assets to be put solely in a child’s name. The change also would simplify the lobbyist question to requiring identifying any “economic relationship” along with family members who lobby.

By the same token, Rep. Keith Wheeler stressed the questions and their answers should be understandable and provide information pertinent to the job. The Oswego Republican said GOP members balked at adopting a new form this month because of concerns about interpreting some questions and to ensure protection of clients’ names and other matters of professional confidentiality.

For some critics, the missing key to ensuring ethics among decision-making is not related to the disclosure process. It’s an absent conflict-of-interest law. Illinois’ Governmental Ethics Act provides “principles” for legislators, but they’re guidelines as opposed to rules enforced by discipline, said Alisa Kaplan, policy director for Reform for Illinois. It’s routine for a lawmaker to announce before a floor vote that while she or he has a conflict of interest on the issue, “I will be voting my conscience.”

California’s disclosure form, while resembling an income tax return, tracks closely to the Illinois edition, said Gary Schons, a lawyer with Best Best & Krieger in San Diego who assists public officials filing disclosures. But any form “is only as good as the person filling it out,” Schons said, and requiring recusal from votes on potential conflicts is another check on public officials.

“It (disclosure) is a hand-in-glove thing with our conflict law,” Schons said. “Part of the reason it exists is to remind the filer, when he’s confronted with a governmental decision, oh, I own this stock, or I have a rental house.”

The other part, of course, Schons said, is to allow taxpayers to see a public official’s financial standing “and also to contrast that with information they get that he didn’t report.”

The ethics legislation is SB1639. The ethics commission resolution is HJR93. Online: www.ilga.gov