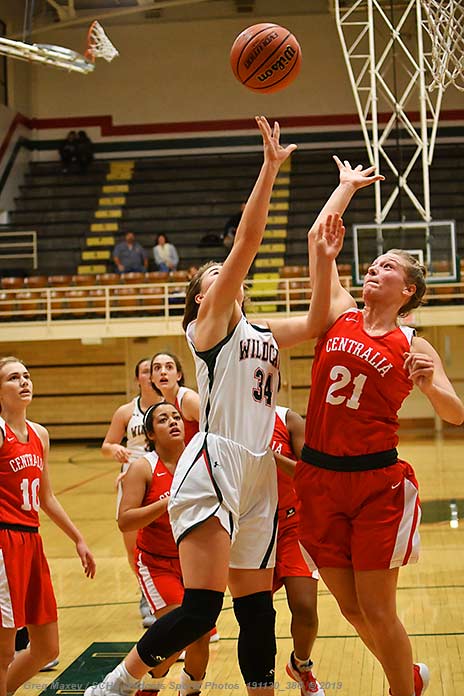 The Salem Lady Cats finished their Thanksgiving Tournament with a win over Centralia 47-44.  Lacey Jones hit a baseline jumper from the corner with less than 30 seconds left to give Salem a lead they wouldn’t relinquish.  Salem led by 3 with under a minute left when Centralia’s Jazmyn Myers hit a three from the top of the key to tie the game before Jones late bucket sealed the Salem win.  Chloe Harness hit 2 big free throws late to help the win as Salem hit 9-of-11 fourth quarter free throws and were 16-of-21 in the game.  Delaney Kell and Harness had 14 each for the Lady cats and Jones added 12.  Hannah Tomlianovich finished with 15 off the bench to lead the Annies.  Salem opens up Cahokia Conference play tonight at 12-time defending champ Breese Central at 7:30 on WJBD and WJBDradio.com.

Highland won the tournament winning the 3 team tie break after they handed Carterville their only loss of the tournament on Saturday afternoon.  Teutopolis finished 2nd and Carterville 3rd followed by Salem and then Centralia.  Highland’s Kristen Taylor was named MVP.  Teammates Ellie Brown an dBella LaPorta were also All Tournament along with Carterville’s Abby Crain and Jeniah Thompson and TTown’s Olivia Niemerg, Ciara Roepke and Kaitlyn Schumacher.