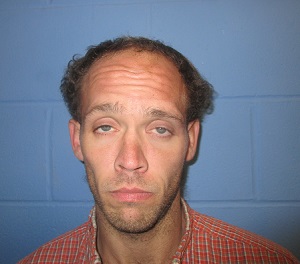 Salem Police Chief Sean Reynolds says a man has turned himself in for allegedly causing extensive damage to fencing at two of the diamonds at the Little League complex on South College Street.

Reynolds says 32-year-old Dustin Groff of rural Odin was charged with leaving the scene of a property damage accident, felony criminal damage to property, and reckless driving.   He was taken to the Marion County Jail where he remains pending a first appearance in court on Friday.

Reynolds reports Groff was developed as a suspect after a pickup truck that had heavy damage that matched the damage at the field was located nearby on the south side of town.   The chief says the truck is owned by Groff’s dad.   Police feel Groff was alone at the time the incident occurred.

The President of the Salem Little League organization expects damage to total several thousand dollars.   Dave McIntosh expects 75 to 80 percent of the fencing on the t-league and Majors field will have to be replaced as a result of the pickup driving through it at several places.   The vehicle also cut donuts in the grass.

McIntosh says it appears the vehicle went airborne at one point after hitting a fence post.   He reports there was windshield glass in the area, a spare tire was thrown out, and other vehicle parts left behind.

Reynolds says police have sent some bodily fluids found in the vehicle to the State Crime Lab to further confirm the identity of the driver.