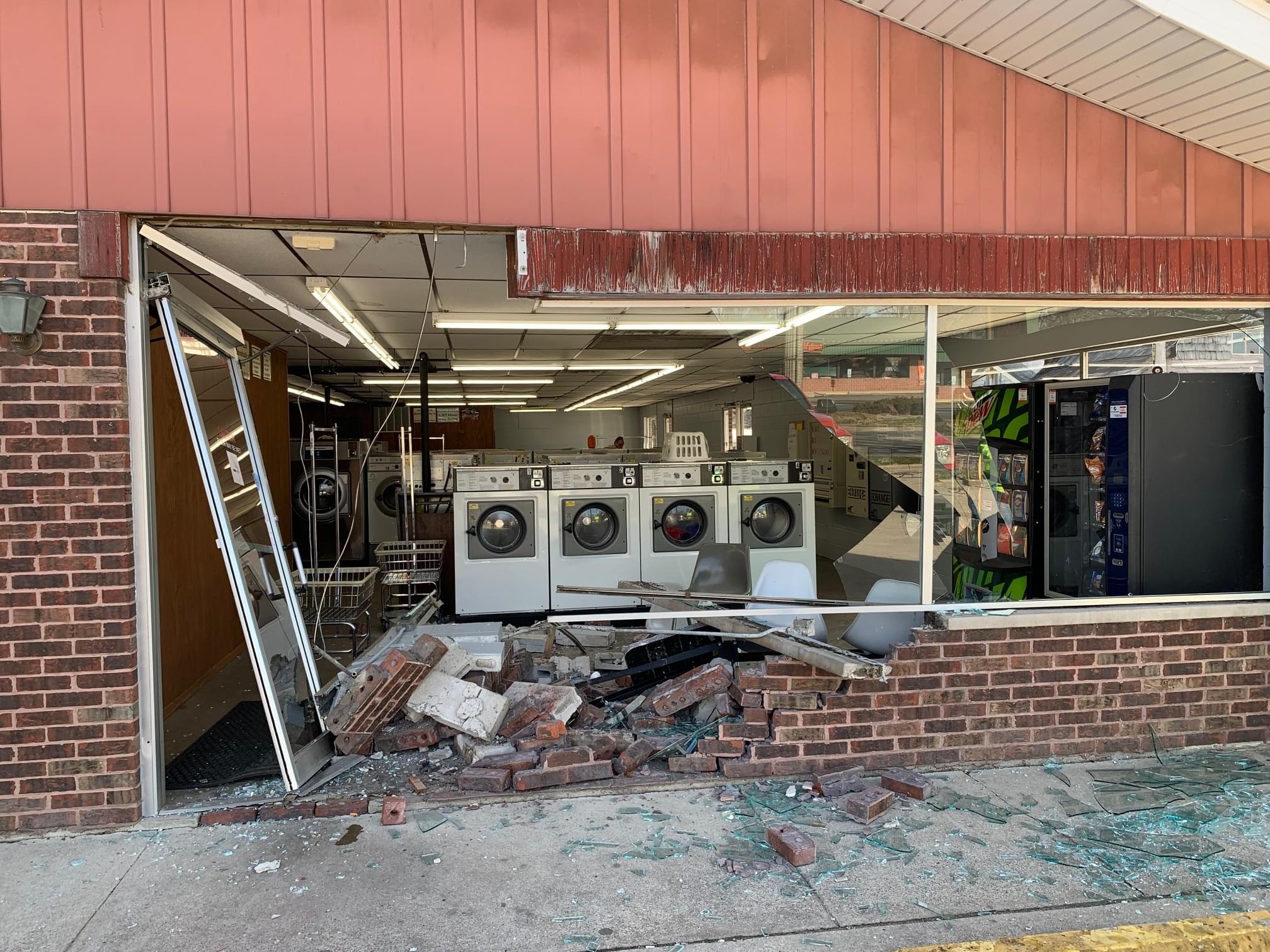 A large portion of the front of Becker’s Wash and Dry on West Main was damaged when hit by a car during the noon hour on Thursday.  Photo by Bruce Kropp.

A 21-year-old Centralia man escaped injury Thursday afternoon when his car crashed through the front of Becker’s Wash and Dry Laundromat on West Main Street in Salem.

Ashton Brumberlow of North Walnut told Salem Police his brakes failed as he was traveling eastbound on Main Street and to avoid hitting a vehicle in front of him he swerved into the parking lot of the Laundromat. The car then slammed into the brick wall and the large plate glass window above it. The impact also broke the front glass door.

Salem Police say a woman doing laundry inside saw the car coming and ran out of its way and escaped injury.

The crash occurred at 12:49 Thursday afternoon.