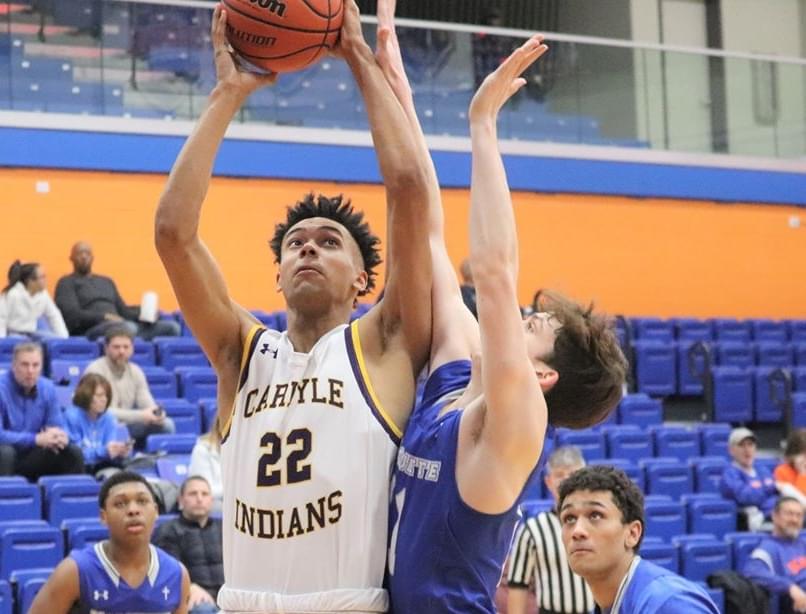 (By Bruce Hixon)
Carlyle Indians fall to 0-2 at the Okawville Tournament as they lose 62-53 to Alton Marquette Wednesday.
Nine first quarter points by Quinten Jones had the Tribe up 12-11 at the end of the period. Indians took their last lead when Brady Johnson’s three-pointer midway through the second quarter put Carlyle up 22-20, but four second quarter three-pointers moved the Explorers in front 31-27 by halftime.
Alton Marquette began the second half on a 13-0 run as it opened up a 44-27 lead. Explorers still led 49-35 at the end of the third quarter, but the Indians cut that lead to just 51-47 on Johnson’s steal for a layup with 2:46 left. Explorers reeled off the next six points to regain a double-digit advantage.
Jones tallied 17 points to lead Carlyle, while Hayden Hoffmann had 15 and Johnson scored 13. Carlyle falls to 7-13 on the season.
Indians will face Waterloo Gibault Saturday at 5 p.m. in the fifth place game.