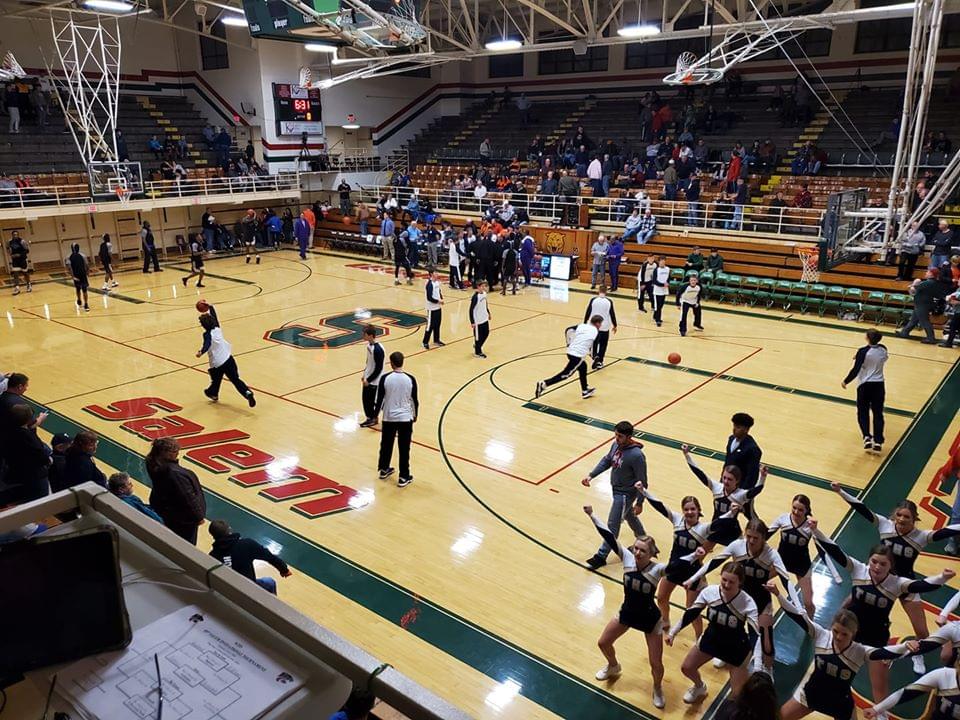 The Final Four of the 69th SIT is set after last night’s opening round finale.  In the opener, Effingham overcame a 9-point 3rd quarter deficit to beat Mt Vernon 70-64.  Drew Thompson had 21 for the Hearts and Parker Wolfe had 20 including 2 huge 3’s late in the game to seal the victory.  Nate Thompson added 12 and Brayden Pals 10 as the Hearts were 15-of-20 from the free throw line.  Mt Vernon got 21 from Quani Rudd, Jackson Creel added 14 and Carson Prost 13.

The Hearts will play in tonight’s 2nd semifinal against rival Teutopolis as the Shoes overcome a slow offensive start to work past Thornton Fractional North 42-35.  Jordan Hardiek led the 2nd half push finishing with 17 as the Shoes were 17-of-26 from the foul line.  The Meteors were led by Julius Byrd who fouled out with 10 points and 8 rebounds, Justin Atoyebi had 9 off the bench.

Tonight’s first semifinal will feature East St Louis and Carbondale starting at 6:30.  Both games can be heard on 100.1 FM and streaming at WJBDradio.com.  The consolation semifinals will be held tomorrow afternoon with Salem and Highland starting at 11:30 followed by a rematch from the Centralia Holiday Tournament with TF North and Mt Vernon.