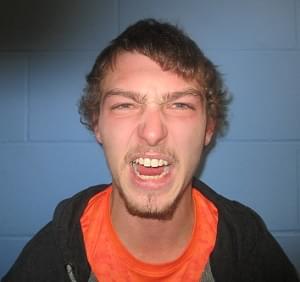 A 20-year-old Salem man has been arrested after allegedly breaking into a home early Sunday morning near Lake Centralia and being held at gunpoint by one of the occupants until a Marion County Sheriff’s Deputy arrived.

Jordan Rinehart of Brubaker Road is being held for felony criminal trespass to property, criminal damage to property and illegal consumption of alcohol or liquor.

The home was located on Levy Road near the Branch Road intersection.

Sheriff’s officials say Rinehart had broken out the glass in the front door to gain access to the home.   One of the residents then took control of the situation by holding Rinehart at gunpoint while another called the sheriff’s department to report the incident.

There were no injuries reported.

The incident was reported at 2:54 Sunday morning.