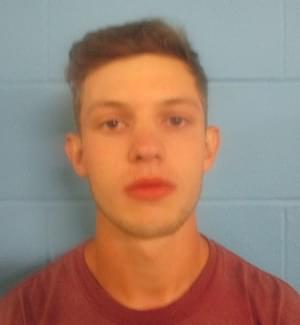 An 18-year-old Salem man has pleaded guilty in Marion County Court to aggravated battery with a deadly weapon in connection with what was originally called a home invasion and armed robbery at a Sandoval residence.

James Planitz of Circle Drive was placed on three years probation and ordered to undergo alcohol and drug evaluation and treatment with random testing.   He will also have to share in making $2,400 in restitution to the victim who he admitted striking with a firearm.

As part of the plea, Judge Marc Kelly agreed to dismiss three Class X felony charges including two counts of home invasion and one of armed robbery.

State’s Attorney Bill Milner indicated earlier that after being let into the home last September, all three allegedly started striking the victim.  Two guns were believed to have been pointed at the victim and another man in the home.

The three left after allegedly taking the victim’s wallet which contained $2,000 cash and a backpack that contained an  Xbox.  The victim reportedly knew the three and gave police their names.

While the victim had bruising to his face, he did not require hospital treatment.