Governor Pritzker has ordered all public and private schools in Illinois to be closed beginning Tuesday, March 17th, until further notice.

AARP Taxaide sites nationally, including Salem, Centralia, Mt. Vernon, are shut down until further notice. More information will be released when available.

Bryan-Bennett Library will be closed through April 11. The Library is tentatively scheduled to reopen April 13. The Bryan-Bennett book drop will not be available during this closure. Any due dates that occur during the closure will be extended through April 15. No late fees will be charged until after the 15th. This date could possibly change to a later date, if the closure is extended. Any changes to our schedule will be announced through the local media and on Facebook.  During this crisis, the Library is not going to be able to process any donations. To keep patrons and staff safe, any bags of books that are left on the Library’s door steps will be disposed of immediately. The Library will announce through the media, when it can resume accepting donations of books.

Centralia City Hall, Public Works office and Animal Shelter all closed to the public until April 7th. City workers will still be on the job and can be reached by phone and all city services will continue uninterrupted.

The Centralia Regional Library District is closed until April 7th, with modified services through roadside pickup for items currently on hold. This includes any events hosted by third-party organizations. The Centralia Regional Library District does not charge overdue fines, patrons are encouraged to keep library materials at their home until the library reopens and not bring them to our outside dropbox. E-resources -E-books, audiobooks, and magazines, are always available online through our website. Visit http://www.centralialibrary.org. Links are at the top of the page.

Centralia Recycle Center closed until further notice. Please save your recyclables if possible.

Centralia VFW will be closed beginning Tuesday until April 7th.

Kaskaskia College has closed all campuses, with all classes for the spring semester and registration moved online.

Keep Salem Beautiful recycling trailer on the 200 block of North Broadway is out of service until at least April 1st due to the closure of Centralia Clean and Green.

Kinmundy Public Library will be closed until further notice but will offer curbside services Monday – Friday from 1 – 5 PM. Just call the library at 547-3250 or email them at kinmundypubliclibrarydirector@gmail.com to make arrangements.

Odin Firemen’s Picnic scheduled for May 7th, 8th, and 9th has been canceled.  It may be rescheduled depending on the availability of the carnival.

Rend Lake has closed all campuses, with all classes moved online for the rest of the spring semester.

Salem City Hall will be closed to the public through April 10th, but staff is working and can be reached by phone at 548-2222. All committee and board meetings have been canceled through March 31st.

Salem Community Center Bingo canceled through the end of April

Sandoval Village Hall is closed to the public, but city staff is working and can be reached by phone.

Sandoval village wide clean up scheduled for April 27th thorugh May 4th is canceled along with the May 2nd village wide rummage sales.   Both will be rescheduled.

US Army Corps of Engineers will close all visitor centers, museums, beaches and project offices to the public beginning Wednesday. Day use areas and boat ramps will remain open and available. Campground reservations between March 20th and April 3rd are canceled.

Beyond Baskets and More in Odin will be closed until April 1st.

Courtesy Cleaners in Salem is closed

Country Creek Treasures in Salem will be closed until April 1st.

Rusty Nail in Salem is closed until April 8th

Studio 50 in Sandoval is closed for all lessons through March 30th.

Bethel Christian Church in Louisville has canceled all services until further notice.

Calumet Street Christian Church will continue to have Friendship Meals on Monday and Thursday nights, but they will be pickup only from 4 to 5:30 pm.

First Baptist Church in Salem no services until April 7th. However, the church will be available via WSIQ AM-1350 and FM 92.1 at its regular time of 10:45 Sunday morning.

First Presbyterian Church, Centralia, has canceled all services/gatherings through the end of March due to Covid-19.

First Church of God at 420 East Clark Street in Salem canceled until at least April7th.

Iuka United Methodist Church no services through the end of March

Kinmundy and Wesley United Methodist Churches will not meet for worship this Sunday. All church activities and meetings are canceled until the children return to school.

St. Theresa Catholic Church in Salem will hold their regular food pantry from nine to eleven Tuesday and Thursday morning. Please come to the back door of the former grade school building.

Trinity United Methodist Church will be canceling all services until April 5th and Easter Program on April 10th.

Woodland Church located 3 miles east of Iuka on Highway 50, has canceled services for this week.

St. Theresa Catholic Church Food Pantry WILL BE OPEN 9 to 11 am on Tuesday and Thursday.  Please use rear door at former grade school building.

Sandoval Shalom Food Pantry will be open April 4th and April 18th.  However, it will be drive thru only.

March 29th cancellations:
“The St. Teresa Marydale Church, in rural Carlyle, Chicken Dinner for March 29 has been canceled due to coronavirus precautions. The Quilt Raffle has also been canceled and that same quilt will be on raffle again at our Fall Dinner.

April 2nd cancellations:
Northeast Marion County Water Company has postponed its annual meeting until a later date due to coronavirus concerns. It will be rescheduled at a later date. 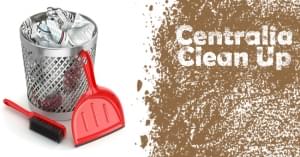