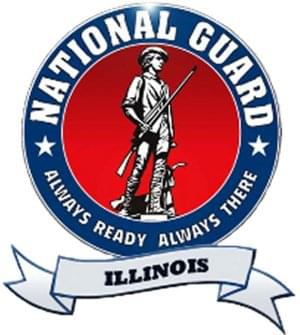 Governor Pritzker has agreed to activate 375 Illinois National Guard soldiers to assist Chicago Police in protecting the City of Chicago and its residents. The Guard will carry out a limited mission to help manage street closures and will not interfere with peaceful protestors exercising their first amendment rights.

Pritzker says this is an immensely challenging moment for our city, our state, and our country, one born from decades and centuries of systemic racism.

“To those peacefully expressing the pain, fear, and rage of this moment, I hear you. Your voices matter. We must address the profound injustices in our society and bring about real and meaningful change.”

Volunteers on Sunday were cleaning up broken glass and debris in downtown Chicago after a night of tense protests nationwide over George Floyd’s death.

Demonstrations that started out peacefully Saturday gave way to violence and destruction around the city prompting Mayor Lori Lightfoot to order a 9 p.m. to 6 a.m. curfew indefinitely and city officials to raise bridges to limit access to Chicago’s business core.

At least four people were shot amid the chaos, including one fatally. Chicago police say there were “multiple” arrests, but could not immediately offer more specific details.