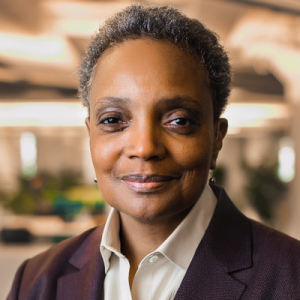 CHICAGO (AP) — Chicago Mayor Lori Lightfoot is defending her decision to put tight restrictions on downtown saying Monday that vandalism and violence following protests over George Floyd’s death “spread like a wildfire” to neighborhoods. She says the city’s 911 center got 65,000 calls in a 24-hour period ending at midnight, which is 50,000 more than usual.

Police Superintendent David Brown says officers arrested about 700 people Sunday, the majority on the south and west sides of Chicago. That followed about 240 arrests the day before, largely in downtown.

Several aldermen are criticizing Lightfoot for not doing enough to protect neighborhoods, which she dismissed.