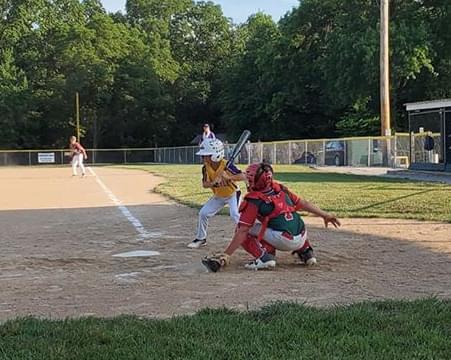 The Salem 11u Wildcats saw a pair leads in both their games at Carlyle get erased late as they fell in both games 11-5 and 14-9.  In the opener Salem jumped out to a 4-0 lead before 8 runs on no hits in the 4th inning cost them the game.  Evan Barnes went 2-2, Kyler King doubled and drove in a pair, Landen Maxey had 2 runs with a hit.  Also adding hits were Payton Gullion, Landon Tennyson, Max Vincent and Avery Gullion.  Keytin Grawe scored a run and Jaret Gibson had a hit and RBI.

In the nightcap, Salem scored 5 in the first inning and even led 8-7 after 3.5 innings, but fell despite out hitting Carlyle 13-6 in the game and 22-11 in the double header.  Payton Gullion doubled twice going 2-3 with 2 runs and an RBI.  King had 2 hits, 2 runs and 2 RBI.  Maxey had 2 hits including a double with a run and RBI.  Max Vincent drove in 2, Evan Barnes had a hit and RBI, Grawe had a hit, RBI and a run and Avery Gullion had a hit and run.  Avery Gullion got the start on the mound working 2 innings allowing 2 hits and 3 earned runs with 4 strikeouts.

Salem will compete at the Olney Tournament this weekend with a 9am game Saturday against Britton’s Bullpen followed by 11am game against Robinson.