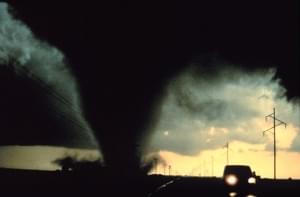 The Wamac Board of Alderman was told at Monday night’s meeting that they are eligible for a Rural Development Grant for up to $25,000 to help pay the cost of a new tornado siren for the west side of the city.

The grant would pay for 75% of the cost of a new tornado warning siren, putting the city’s cost at $6,237. The board will further discuss seeking the grant at its workshop meeting prior to the next regular meeting.

The board voted to have Lee Ann Speiser write a grant to the state to get its money back from the Revolving Low-Interest Loan Fund they were required to turn over to the state last year. The process will delay the new signs, sidewalks, and culverts planned with the $54,000. The city is also facing a deadline at the end of the year to spend the money.

Sunrise Sanitation is delivering garbage totes to residents this week to begin using for next year’s garbage collection. Residents who don’t get a tote by the end of the week should contact city hall. The totes can be picked up and dumped into the garbage trucks without anyone having to lift them.

Residents who want a second tote will have to pay an extra $5. With a heavy heart, Mayor Butch Mathis is postponing the Wamacfest scheduled for September until next year.

Mathis donated his Mayor’s paycheck this month to the Jay Jolliff Memorial Golf Tournament being held this weekend.