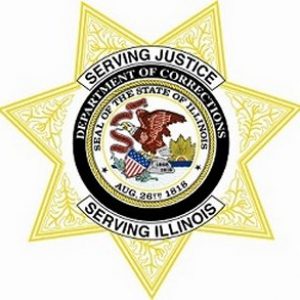 A Logan County Judge has issued a preliminary injunction forcing the Illinois Department of Corrections to accept prisoners from county jails.

The state prison system hasn’t been accepting prisoners from counties since COVID-19 restrictions were put into place in March.

Marion County Sheriff Rich Stevenson says that has forced them to hold ten prisoners who have been sentenced to state prison terms.   With the ruling, Stevenson says the seven males and three females were taken to IDOC reception centers.   A first attempt to deliver the male prisoners to Graham on Wednesday was unsuccessful due to other departments showing up with prisoners who had not made reservations.   However, the Marion County prisoners were accepted at Stateville Thursday morning.

Stevenson says the state was not paying anything towards the cost of housing the prisoners or their medical costs.   The lawsuit also seeks reimbursement to cover those expenses.

The Illinois Department of Corrections is still fighting the ruling and seeking a stay on the injunction.

IDOC spokesperson Lindsey Hess says they have been closely monitoring other state prison systems where there have been major COVID-19 outbreaks due to offender transfers.  As a result, they developed strict guidelines to prepare for the resumption of intra-agency transports and new admissions.

Hess reports the court ruling will make it significantly more difficult for IDOC to follow their guidelines going forward.  But she says IDOC is making every effort to follow the guidelines as closely as possible to ensure the health and safety of staff, the incarcerated population, and the surrounding community.

IDOC, with the assistance of the Illinois Department of Public Health, is testing all new admissions and appropriately quarantining them upon arrival.  Hess says preventing the spread of infection is their top priority as they continue to aggressively respond to COVID-19.