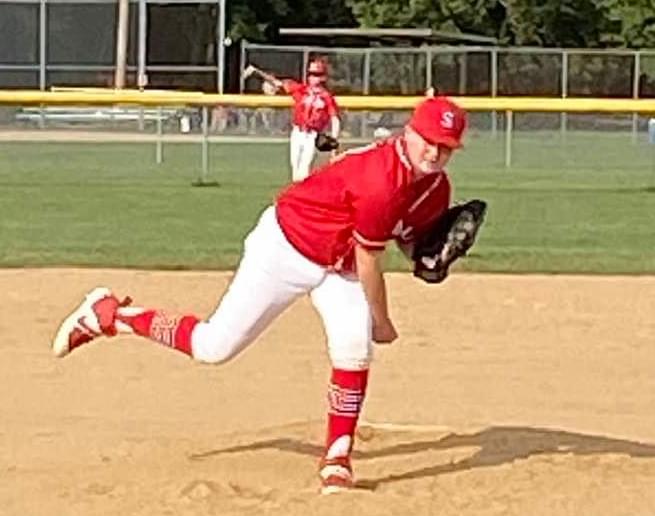 The Franklin Park Bobcats are 8-0 after a 9-1 victory over Casey Mt Vernon on Monday afternoon.  Aden Bass got the start and worked 5 solid innings for Salem with Colton Shelton coming in for the final 2 innings.  The Bobcats will be back in action on Thursday afternoon when they travel for just the 2nd time this season and play at Centralia.

Selmaville shutout Sandoval 16-0.  Heydin Purcell homered and drove in 2 while scoring 3 times.  Ben Ryan tripled and drove in 2 with Brendan Smith adding a double and also driving in 2 along with Zane Dodson.  Adrian Miller and Alijah Carroll added RBI for the Rockets.  Carter Lowe worked 5 innings allowing just 1 hit with 13 strikeouts and just 3 walks.  Logan Butts got the final 3 outs.

Raccoon knocked off Iuka 9-3.  Jarett Rushing drove in a run for Raccoon along with CJ Allison, Michael Organ and Drake Rector.  Cody Beard worked 2 innings on the mound allowing 1 hits and striking out 4, Rushing worked the next 3 allowing just 2 hits with Organ getting the final 3 outs via strikeout.

The South Central Falcons are 13-1 after dropping their first game of the season to Altamont Lutheran 6-2.  SC committed 4 errors in the game that cost them.  Lucas Bursott and Colton Smith drove in runs for SC.  Callaway Smith started for SC and went 3 innings in the no decision allowing hits and 1 earned run with 6 strikeouts.  Zane Montes took the loss going 6 innings allowing 4 runs and 3 hits.