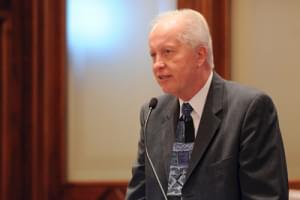 The Democrat who first took office in 1997 resigned last week. He’s the latest state legislator to be charged in the federal government’s ongoing criminal investigations into public corruption in Illinois.

Under preliminary sentencing guidelines, Link would face up to 16 months in prison. But federal prosecutors intend to recommend probation if Link fully cooperates with the government.